HERE WE ARE PERCHED HIGH ON A CLIFF overlooking the North Atlantic Ocean. The view is a panoramic vista of rocky crags, enormous cloudbanks and the ocean out to the horizon. So what are we doing? We are enthralled watching the British version of The Game Show Network.

Can we vacation or what?

It is somewhat comforting to see that the British Game Show Hosts are as vapid as the Americans. Wink Martindale (Rest his soul. I don’t know if he is alive or not, but it was always hard to tell.) still holds the title of the biggest cliché when it comes to American Game Show Hosts. Whenever anyone does a parody of a Game Show it is good ol’ Wink that they mimic.

The British Game Show Hosts apparently watched Wink at his best (worst?) and have taken it to new, and lower, levels of tooth grinding false enthusiasm.

This morning we thoroughly wasted an entire hour watching a British show called “Catch Phrase.” I may be wrong, but I would swear on a stack of TV Guides that this same show appeared on American television back in the 1970s with some exceedingly forgettable American host. No matter how bad the American host may have been the British version came within an inch of having me gouge my own eyes out.

Within the first two minutes he had grinned and told several very lame jokes. The canned laughter sound track was uproarious and did not match the cutaway image of the audience who all seemed to be waiting for the next bus.

I am not going to mention this horrid host’s name for two reasons.

1) My brain has already purged it from my cerebral cortex, and

2) The poor man, whose career as the play by play announcer at Cock Fights had faded away, desperately wallowed in nervous glee because he could see that, if he screwed up this gig, his next job would be calling Bingo games on Senior Citizen Cruise Ships bound for India.

I don’t want to carry any fully warranted guilt for destroying this chap’s…show business career. He doesn’t need my help. He is doing a fine job at that all on his own.

After watching an hour’s worth of this painful homage to Wink Martindale I opted for some simple toast and coffee. My stomach was a bit queasy. I moved to the kitchen to butter my toast as the Telly began to air another Game Show – this one hosted by an ancient comedian who I know is dead. 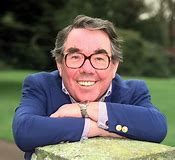 Ronnie Corbett was a truly funny chap, but given the vagaries of the Comedy Lifestyle, he succumbed to the Siren’s Lure of an easy job as a Game Show Host. Ronnie was funny, but it didn’t fit at all with the show. It all had to do with the Contestants trying to guess what children would say to questions. Trust me; it was worse than it sounds….much worse. Since I knew that Ronnie had passed away to that big Green Room in the sky several years ago I wondered when he had this shameful job.

Knowing that I abhor doing actual research I forced myself to watch the last part of Ronnie’s show. Based solely on the Late Disco Era set design and the clothing of everyone on camera I have decided that Poor Ronnie was reduced to this public shame-fest in the late 1970s – early 1980s.

I know…here we are in beautiful Ireland and what the heck is wrong with me wasting my time watching old and brain scrubbing game shows?

It was early, the coffee wasn’t ready, and I always gawk at traffic accidents. 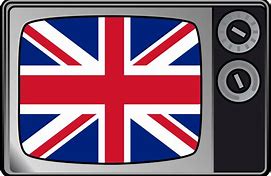