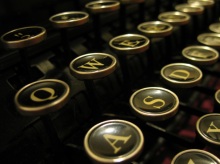 “What did he say he wants?”

“Nate, my friend, he said that he wants to put you in the Gas Chamber.”

Nate Williams must have started yelling because Rocky pulled the phone away from his ear. I could hear him screaming quite clearly.

“What? He’s not a cop anymore. Tell him I’m on my way and that I’m gonna put him in his grave! You hear me, Rocky? Tell him!”

The shyster didn’t have to. I heard every word.

That’s about it. That was the conversation between Nate Williams and his weasel of a lawyer. I said that I wanted to find Nate and now he was going to find me.

Ever since this whole thing began, before anybody died, he’d been telling people that I was his ultimate target. Well, now his target was waiting for him. Unlike the other people who became his targets this target could shoot back.

I suppose I could have called Detective Martindale and had half of the entire Police Department down here when Nate showed up. I could have done that, but I didn’t for two reasons.

1) Nate wanted me and, damn it, I wanted him – For Leslie Ann if nothing else.

2) Martindale would take his 200 to 1 odds over Nate and somehow screw it up. More people would end up dead.

Rocky said that it would take Nate about forty minutes to get down to his office. I figured that was a lie and that Nate would make it in twenty. I had to get ready.

Rocky picked up his bag of liquor and scurried into his office. I went back to my car to make myself survivable. Nate was younger, probably better armed, and nuts. I was more experienced, afraid to die, and probably nuts too.

I stuck two extra magazines in my back pocket. If things got to the point where I needed them I would know I was in big trouble. I expected this thing to end in a matter of seconds, one way or the other. I opened the trunk and took out one of the few things I never returned to the Force when I retired – the body armor that most people call a “Bullet Proof Vest.” The truth is that it’s not a vest. It’s more like a straight jacket, and it certainly isn’t “bulletproof.” It will stop most lower caliber slugs from entering your chest or belly, but not without knocking you on your butt, and making you helpless if the other guy aims for your head. The outdated model I had was pretty much useless against some of the big hand-cannons that were on the streets now. It wasn’t perfect, but it offered better protection than my “Bud Light” T-Shirt.

It was getting warm, uncomfortably so, or maybe it was just me, so I walked back into the lawyer’s storefront. Hailey, the new Receptionist, smiled and waved at me as I went past her and into Rocky’s office. He was stashing his booze supply into his desk. He looked up, saw me standing there and almost dropped his bottle of Rum.

I sat down in one of his nice leather chairs.

“It’s getting hot outside, Rocky. You wouldn’t want me to get heat stroke and pass out in front of your door, would you?”

“Don’t you get it? Nate is coming down here to kill you. He’s crazy as all get out. I’m his lawyer, he likes me, but even I’m afraid of him. When he comes in here he’ll start shooting at anything that moves.”

“Then don’t you think you ought to tell Hailey out there in the waiting room to go to lunch or something?” Rocky was no humanitarian.

“She’ll be our early-warning system. I was going to fire her anyway.”

“Rocky, you’re all heart.” I walked out to the empty reception area. “Hailey, get your purse or bag or whatever you’ve got and get out of here. Go to lunch, anything, but do it now. Things are going to get ugly here in a few minutes.”

She looked at me standing there in my “vest” with my weapon in my hand. She didn’t need a second warning. She grabbed her tote bag and was out of the door in seconds. That girl was smarter than she looked.

When I turned around I saw that Rocky was trying to “Get out of Dodge” too.

“Hold on there, Rocky, you’re not going anywhere.”

“Wanna bet? I told you that Nate is a Looney Tune. I don’t want to be Collateral Damage when he blows you to bits.”

If you take one more step, Rocky I’ll ‘Collateral Damage’ your ass all over your Persian rugs. You are staying here and you’re going to try to talk Nate into turning himself into the Law.

We went back into Rocky’s office. I closed the door behind us. Now it was a matter of waiting. We didn’t know if he would come through the door shooting or what.

It was going to be just me, Rocky, and the door to his office between Nate Williams with his craziness and the M.E.’s autopsy table.

I took the leather chair from in front of the desk and placed it in the middle of the room facing the door. When Nate would open that door he would be framed in the light – if he came in that way.

“I meant to ask you this before, Rocky, knowing how deceptive you are, but where is your back door out of here?” He pointed at the closed door that led to his file room. “Get your liquor bottles, Rocky. We don’t want your client sneaking in on us, do we?” He shook his head without making a sound.

We quickly piled up his fresh supply of wine and other hooch right by the door that opened out into the trash and dumpster area behind the office. We spread the bottles around so that if he tried to jump over them he was likely to kick over one or two of them and give us a warning.

I returned to my chair facing the door. Rocky moved his desk chair back a couple of feet so he could dive under his desk if things went south.

We sat there like two statues for what seemed like an hour, but were most likely no more than five minutes. That was when we heard a car door slam shut right out in front. There was a short moment of silence then the front door into the waiting area opened. It squeaked. So did Rocky. 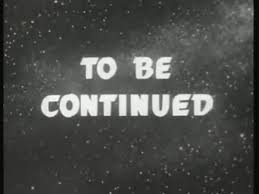