Drinking And Driving Can Go Together 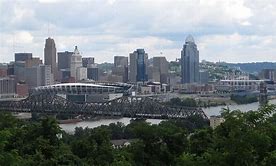 I HAVE SEEN IT ALL NOW! Just when I think I have it all figured out and understand what is what and who is who, and what I can expect in my daily experience – Life throws me a curve.

My wife, the lovely and equally amazed, Dawn, were in Cincinnati last week. That, in and of itself, is nothing worthy of amazement. Cincinnati is, after all,…Cincinnati. If you’ve seen one fast food chili shop, you’ve seen ‘em all. But then we saw something that stopped us in our comfortably shod tracks.

We had stopped into a Kroger Supermarket to replenish our “Goodies” supply. Our shopping cart wobbled up and down each aisle ending up over near the Deli department and the in-store mini-St. Arbucks.

That is where we saw it.

I have seen haircutting shops, banks, eyeglass stores, even nail salons doing business inside of supermarkets, but there, next to the salamis and potato salad, inside the Kroger store in Cincinnati was…A BAR!

A BAR! Complete with a bartender, and barstools filled with thirsty customers.

My Old Man would have loved that.

“While you’re out stop at the Kroger and pick up some Bread, Milk, and a couple pounds of Potatoes…but don’t get all ‘beered up’ in the Deli.”

I do realize that Cincinnati is in a different State than lovely Terre Haute (That’s French for “I’d like a beer.”) and the laws are different, often drastically. The residents of our island in the Hautian Ocean are still arguing about whether or not we should be able to buy a car on Sundays. In Cincinnati though you can get yourself so lit up while grocery shopping that you cannot drive the car that you couldn’t buy in Terre Haute anyway.

I showed a local Kroger employee this picture of the Bar inside that Ohio store. She just about jumped out of her shoes.

“Holy Cow! Is that real? We have got to get one of those! I know where you could find me when I take my break. I’m going to ask our store manager about this!”

Such were the things we saw on our little visit to the Buckeye State. While the Kroger Bar was the most interesting thing we saw it was not the only thing.

The route between Terre Haute (That’s French for “Let’s stop at Kroger’s”) and Cincinnati is Interstate Highway the entire way. It is crowded and moving along at 70 MPH…or faster.

We were on I-75 East of Indianapolis zipping right along when I spotted something in the lane ahead. It looked like it was about the size of a box of Kleenex and very dark…and it appeared to be moving.

Well, I’m no dummy. I’m not going to run over something that big while going 70 MPH so I moved

over in my lane a bit to avoid it. As we rolled past the object I was able to get a close look at it. It was not a moving box of Kleenex, but a turtle trying to cross the Interstate Highway.

I missed running over that turtle, but I don’t think its odds were very good. I’m sure it was moving as fast as it could, but still…one turtle versus the rolling thunder of I-75?

2 thoughts on “Drinking And Driving Can Go Together”