Beware Of The Gaboon Viper

I LOVE TO TRAVEL. I JUST DON’T LIKE GOING PLACES ALL THE TIME. A luxury trip to see the Taj Mahal is one thing. Going to the Dollar Store is something else.

That I can do without.

We are down in Texas, home of the Alamo, the Houston Space Flight Center, and lots of good Barbeque, but am I penciled in for a trip to any of these places? No. I’m being scheduled to be a Bearer on a safari to the Dollar Store.

This whole thing is being presented to me as something special, something once in a lifetime. Really? Yes – because this is the BIGGEST Dollar Tree Store in existence. That must mean that it has Two Aisles with Party Favors and Unknown Brands of Chili Con Carne. That’s my first thought anyway.

Let me compare and contrast my options.

The jury has returned with a verdict!

The trip to the Dollar Tree, while totally uninteresting and without any possible redeeming value, we agree with the Plaintiff and would like to join him for that cool beverage.

So, the issue is settled in my own mind at any rate. Now I have to wiggle my way out of it with the other six people who seem to be actually looking forward to piling into the car and heading off into the hazy heat. I think that there may be a couple of others in that mob who are wishing they could avoid going, but haven’t got the gumption to come up with some outrageous excuse.

I‘m not going to the Dollar Tree. I do not want to go – and that’s that. Now I’m the one who has to come with something plausible to use as an excuse.

The Truth is not sufficient.

It rarely is in situations like this. Facts just tend to clutter up the B.S. landscape. 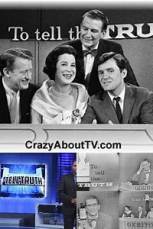 I could claim to be a bit under the weather. “My stomach hurts. I think I might have a case of the Creeping Gonga-Gonga disease. It is spread by the dreaded Gaboon Viper that sneaks up behind you and bites you on the gaboon.

(That joke is originally from the very strange mind of Mr. Orson Bean.)

A ploy like that is not robust enough to disqualify me. It has to have more oomph to it. Let me think while I get a refill in my mug.

I could give a shade of the Truth and say that I’ve been to a Dollar Tree store before and I can’t imagine that this Mega-Dollar Tree could have anything new or different. Nah, that won’t work and could only get me in trouble. I’d better stick to something almost believable, but still phony as an Actor’s resume.

The Conestoga Wagon heading for the Dollar Tree was scheduled to pull out right before lunch with a secondary stop for “vittles.” That gave me an opening.

This trip to Texas, like all others, is a series of meals interrupted by snatches of Life. After a day or two of that my gastro-intestinal tract is in full rebellion. 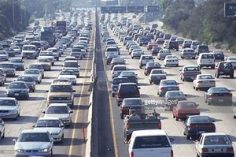 “Look, Folks, I’d love to go with you to visit this Dollar Store and then lunch, but my tummy is snarled like the L.A. stretch of I-5 at Rush Hour. Nothing is moving – until there might be a sudden break in traffic and then it’s “Katy Bar the Door.”

The imagery I created of our possible trip to the Dollar Tree with me in full Duodenal Distress was enough. I got my reprieve from Aisles One through Eight Hundred and Twelve.

While they were gone I was able to write some passable pages of fiction (not this) and have an inoffensive beverage.

3 thoughts on “Beware Of The Gaboon Viper”