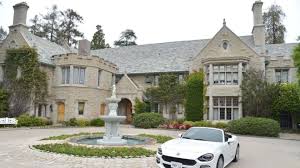 Since his wife had walked out on him while he was in Philadelphia, three things had plagued the mind of Dominic Deltino:

He didn’t have any answers to the first two and he was afraid that he did to the third.

When Dominic got the word that he was being summoned to the Don’s home in the affluent suburb of Rye, he knew that it could get ugly.

Dominic was told to be there at one in the afternoon.  He arrived at half past twelve. Giani Montini made him wait until one o’clock before he was escorted into the library that the Family head used as his office.

His father-in-law didn’t bother to look up when Dominic entered the room.  He kept on reviewing the latest spreadsheet of his investment in a chain of automatic carwashes in Connecticut.  Profits were up and costs were down now that the rinse cycle had been shortened by 30 seconds.  He studied the numbers carefully.

Waiting for the Don to speak, Dominic looked around the library office.  The walls were of dark cherry wood.  Oil paintings of hunting scenes and seascapes hung between the built-in book shelves.  Hundreds of books stretched from floor to ceiling.  A ladder that rolled on a track enabled access to the top rows.  The Don’s desk was of mahogany and was an exact copy of the President’s “Resolute” desk in the Oval Office in Washington, D.C.  A light was showing from a partially open door in the corner of the room.  Dominic smiled and thought, He’s even got his own private crapper.  Not bad.

“Time is money, Dominic,” Don Giani Montini said.  He finally looked up at his son-in-law.  “Do you understand that?”

“Yes, sir, I do,” said Dominic.  He felt like a schoolboy in the Principal’s office.  It brought back bad memories.  “You wanted to see me, sir?”

“What?  Are you double parked?  Sit down, for God’s sake.  You look like a nine year old standing there.”  He gestured Dominic to sit on the leather sofa to the left of his desk.

When he sat down on the sofa, he sank into the soft cushions. It made him feel small and vulnerable. Sunlight streaming in through the venetian blinds glared in his eyes.

The Don picked up a slender silver pen from the desk and pointed it at Dominic as he spoke.

“I’ve been calling your house for a couple of weeks now.  I get no answer.  Have you moved or changed your number?”

“No, sir.  We haven’t moved,” he said with a nervous chuckle.  “You should have tried my cell phone.  It’s easier to get a hold of me that way.  What do you need me to do?”  Dominic struggled to the front edge of the sofa, a firmer spot on which to sit, so he wouldn’t feel like he was being swallowed by the cushions.

“I wasn’t trying to get a hold of you, you moron.”  His voice rose in volume and pitch. “I’ve been trying to reach my daughter.  Where is she, Dominic?”  He was almost yelling.

Out in the hallway the heavily-muscled man who served as both bodyguard and receptionist swiveled his chair toward the door to listen more closely, ready to protect his boss, if needed.  Back inside the office Dominic held up his hand in protest.

“Sir, I don’t know where she is.  We had an argument and she stormed out.  I thought she was coming here to stay with you until she cooled off, so I wasn’t worried.  Have you tried calling her cell phone?  Maybe she’s gone to that fancy spa upstate.  She likes that sometimes.”

“For over two weeks?” Don Giani roared.  “Are you that stupid?  Sweet Jesus, if you were any dumber I’d have to put you on the window sill and water you once a week.  Where is she, Dominic?”

“I swear, I don’t know,” said Dominic, telling the truth for the first time since he got there.

Don Giani paused and leaned back in his chair.  He ran his hand over his head smoothing his graying hair.  He tapped the desk with the silver pen in his other hand.  He looked off to the far side of the library, his eyes focusing on a large illuminated globe as it slowly rotated in its base,

marking the day.  Looking at time passing before him, he spoke again to Dominic.

“I had a meeting with your Captain, the Old Man.  He told me several very disturbing things.  He told me that you killed your cleaning lady.  Is that true?

Dominic squirmed on the edge of the sofa.

“You don’t?” asked the Don quietly, still not looking at Dominic.  “The Old Man said you killed her because you thought she was lying to you, that she knew where Beverly was.  True?”

He turned in his chair and looked at Dominic.  Dominic wished he would have kept looking at the globe.  The Don’s eyes told Dominic that he was on very thin ice.  One more lie and he might disappear too.

“Dominic, I’m going to ask you this just once and I want a simple yes or no answer.  Do you understand me?”

Dominic nodded silently.  He knew that when the Don spoke softly was when he was at his most dangerous.

He took a deep breath and spoke rapidly to his boss and father-in-law.  He put his right hand over his heart.  It was pounding.

“I swear to God, Don Giani, no, I didn’t kill her.  Beverly and me, we had a little argument and she left.  I don’t know where she is.”  He figured that less than the whole truth was not really a lie.  “And sure, I got mad and maybe I took it out on that damn cleaning lady.  I’m sorry for that.  It was a mistake.  I’m sorry.”

Dominic lowered his hand and sat there waiting for the Don’s next words.  He could tell from the deepening red on the older man’s cheeks that those words weren’t going to be, “Boys will be boys.”

The most powerful and dangerous man in New York looked his son-in-law in the eye and spoke with his jaws clenched, his rage barely contained,

“Dominic, for once, I believe you.  I want you to find my daughter.  I want you to find her and bring her here to me, and, so help me, if she ever tells me again that you’ve hurt her in any way, I will personally cut your heart out and feed it to my dogs.  I will make her a young widow.  Do you understand me, Dominic?  Speak up, you idiot!”

Trying to contain his own nervous temper, Dominic nodded and answered the man who was known for keeping his promises.  Dominic’s palms were sweating.

Giani Montini stood up.  He gripped the edge of his desk to keep himself from taking the small Walther semi-automatic handgun out of the top drawer and killing Dominic right then and there.  Instead he screamed at him, the veins in his forehead bulging.

“Get out of here and don’t come back until you’ve found her.  Get out!”

He pointed toward the door as Dominic struggled to his feet.  Dominic crossed the room quickly, but stopped when he reached the door.  With his hand on the brass knob he turned and faced the Don.

He turned the knob and left the room, leaving the door open wide.  As he walked to his car he mumbled to himself, “I’ll find her and I’ll bring her head to you in a box, and maybe I’ll bring another box for yours.”

Back inside his office Don Giani hurled the silver pen he had been clutching at the wall and cursed the day his daughter met Dominic Deltino.