Archive for the tag “Guns”

Throwback Thursday From Feb. 2015 – “People are SO Suspicious”

Throwback Thursday From Feb. 2015 – “People are SO Suspicious”

I’VE BEEN WORKING on a sequel of a novel I wrote a couple years ago and I’m trying to gather some technical information about cell phones to use as a plot device. You’d think I was asking for info on how to construct my own H-bomb.

END_OF_DOCUMENT_TOKEN_TO_BE_REPLACED

The Name Is Bond…

I TURN ON THE TV AND THERE IT IS. I open my Facebook and there it is again. I’m almost afraid to open the garage door lest it is hiding there waiting to spring. Everywhere it is: “Who will be the new James Bond?”

If my sources are reliable, as they most always are – Daniel Craig has that job already. There is a new “Bond Movie” opening momentarily with Craig and he is contracted to do at least one more. That sounds like job security to me.

According to the latest publicity-driven hype that I’ve seen the speculation whirlpool is centered around these four actors to replace Daniel Craig.

I am familiar with Idris Elba from the Brit Cop and Robber series, “Luther.” He’d be good as Bond. The other three dudes – No. For one big reason – they all look like a bunch of wimps who would need Idris Elba to help them keep their lunch money from being stolen at school.

I want a Bond who has a “lived-in” face, not someone who looks like he’s shooting the film between modeling assignments for the Sears Catalog. I don’t want a Bond who is constantly worrying if the camera is getting his best side.

Daniel Craig has a face that looks like it has been around the block a few times and it was in a rough neighborhood.

Sean Connery had that face and, like it or not, every actor since then has been held up in comparison to him. Few have come off well in that contest.

Some people want a suave and sophisticated Bond who looks good in a tuxedo. After that, they don’t care. In that case I suggest they take that fantasy to the nearest tuxedo rental store and leer at the mannequins.

I’m not suggesting that Idris Elba is the only possibility out there to assume the role of 007 when the time comes. I’m sure that there are a hundred decent actors walking around who could do the job superbly without looking like a refugee from the advertising inserts in the Sunday newspaper. But of the four being touted by the Image Machine all over the place today, I would vote for Elba. He is a good looking guy, but when he looks at you, you know that you’ve been looked at. The other three look at you wondering if you’re an agent with a modeling gig for them.

“Make mine Metamucil – shaken, not stirred. The name is Bond. James Bond.”

END_OF_DOCUMENT_TOKEN_TO_BE_REPLACED

Every year for the past decade or so Terre Haute (That’s French for, “I need to wash the car again”) has been the winter camping ground for upwards of 10,000 Crows. When the weather begins to get a bit nippy and the leaves start turning lovely shades of red and gold this city is invaded by a sky-blackening horde of these bad-attitude flying versions of Chase Utley (for non-baseball fans: look him up, then give in to the urge to wash your hands).

END_OF_DOCUMENT_TOKEN_TO_BE_REPLACED

He started moving toward me. I lifted my revolver and aimed it between his eyes.

“Stop right there, Cumberland. Don’t get any closer or I will shoot you dead.”

He stopped. “Can I just set this down? It’s getting heavy and it is hot. These are cheap oven mitts. I’ll put it down on the table and I’ll back up. OK?”

It seemed like a reasonable thing to ask. “OK, but no funny business. I’m a good shot.” That was lie too. I’d be lucky to hit him at all even though he was only five feet away. I hoped that my shaking knees weren’t obvious.

He did like he said. He put the lasagna down on a straw trivet, then went back to where he started. He closed the oven door and threw his mitts on the range top. I didn’t like his additions to our agreement. I told him so. He shrugged and I pressed him some more.

END_OF_DOCUMENT_TOKEN_TO_BE_REPLACED

If I’ve heard some guy say that once, I’ve heard it a hundred times. What else is he going to say? “I did it. I’m guilty.” Not in this state.

END_OF_DOCUMENT_TOKEN_TO_BE_REPLACED 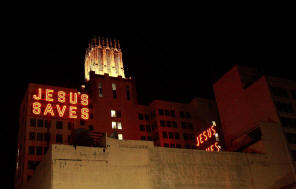 I was going to bring him in. I know that he says that he didn’t do it – that he didn’t kill her – they all do, but after that business in my office, I found it hard to believe.

END_OF_DOCUMENT_TOKEN_TO_BE_REPLACED

She Just “Sort of” Robbed The Bank

I WAS CHATTING WITH THE USUAL SUSPECTS the other day when the topic of bank robbery came up. Sometimes they scare me. This bunch of Geezers couldn’t rob the Food Bank, let alone an actual – “Money in the vault, Can I see some ID, please,” type of bank. This group would be called the “Don’t forget to take your meds gang.” Even so, they would be a bigger threat than a person I once knew who really did try to rob a bank.

END_OF_DOCUMENT_TOKEN_TO_BE_REPLACED

Downwind Of Upstage Is No Place To Be

THERE IS A GOOD REASON my wife, the lovely and unfailingly perceptive, Dawn, calls my trips to St. Arbucks, along with, “The Usual Suspects,” my “Play Group.” I admit that there are some days when the maturity level drops below Pre-School closing in on Pre-Natal.

END_OF_DOCUMENT_TOKEN_TO_BE_REPLACED

I’ll Have An Espionage Latte, Please 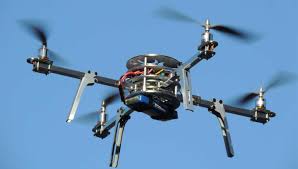 THINGS ARE GETTING JUST TOO WEIRD, even for me, and I have a pretty high threshold for weird. After all, I lived in San Francisco for 25 years – the Ground Zero for Weird.

END_OF_DOCUMENT_TOKEN_TO_BE_REPLACED

THIS MORNING I WAS SITTING and sipping my coffee after services at St. Arbucks with a collection of The Usual Suspects. The topics of conversation ranged from old TV shows to local politics, to the condition of the streets in San Francisco.  Why they care, I don’t know and my info on that particular topic is at least 13 years old. But that doesn’t really matter to them I think.

And then I made a mistake.

I asked one of The Suspects, “What’s new in the wide world of firearms?”

Given the fact that this fellow is a retired Marine who has, shall we say, a gun collection. He is the person to ask about things like that. Other people might call his collection “Large enough to tip the balance of power in Central Asia.” I’ll just say it is a large collection – really large

His response to my question surprised me.

Then another Suspect jumped in, asking, “What is the oldest gun you have?”

This was not a good thing to do. I had the feeling that I was going to be having lunch there.

“My oldest weapon? Why, I have a flintlock rifle from the 1800s. It was made in Italy.”

Now, I’m certainly no expert on firearms, but I don’t think that flintlocks were in active use by then.  Maybe in Italy. I didn’t know for sure, but I was afraid to ask our expert.

Knowing that there was no way in Heaven that his answer about the Italian rifle was going to settle the issue – I braced myself.

“Let me tell you about that rifle…”

I knew it. I just knew it. This was going to take a while. Call home and tell your loved ones that you’ll be late.

The next five minutes were filled with a detailed account of his trouble changing the flint in this antique rifle. At least that’s what I think he described. It was hard to tell. He was using a jargon that was new to me and my brain was trying to save itself by doing the cerebral equivalent of holding its breath.

When he finished his story about the Italian flintlock rifle I knew nothing more about that weapon than when he’d started. He might as well have been speaking in Lithuanian.

I’m just grateful that things like that don’t happen very often. I don’t want to make Mr. Arsenal feel bad or unappreciated. I like him and, let’s be honest, if things go South and the Society crumbles like a stale cookie, I want to know someone like him. And I want him to like me.

Run That Past Me Again

I WAS INSIDE THE LOCAL Toys-R-Us store last Friday evening. My wife, the lovely and more socially adept, Dawn, was going to a baby shower on Saturday and wanted to pick up a few small items. I was going along to carry the bag. I’m good at that.

As Dawn was actively looking for the right stuff I was just wandering along and looking around with a lost look on my face.

And, oh, what wonders did I see.

END_OF_DOCUMENT_TOKEN_TO_BE_REPLACED 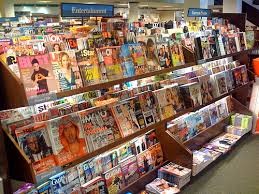 I WAS WANDERING through the recently reconfigured aisles of the Kroger’s Supermarket this morning. Whenever they do make changes like that it takes a while for me to be able to find anything again. I end up having to go up and down all the aisles. I know that having me do that is the objective, but if I haven’t purchased canned lychee nuts  in the last forty years I probably won’t be doing so anytime soon.

END_OF_DOCUMENT_TOKEN_TO_BE_REPLACED

IN MY NEVER-ENDING SEARCH for knowledge and interesting current events I check several major news outlets daily: NY Times, The Times of London, and of course, The Baxter Bulletin of Mountain Home, Arkansas.

Who among the Cognoscenti does not?