Archive for the category “Recruit”

Throwback Thursday from October 2015 – “What Am I Looking At?”

Throwback Thursday from October 2015 – “What Am I Looking At?”

What Am I Looking At?

SOME DAYS YOU HAVE TO GO OUT HUNTING for something to write about. Some other days it walks up and sits down in front of you. Today was one of the latter.

Let me preface this by saying that I have the utmost respect for and hold in high esteem the members of our Armed Forces, both present and past.

But this morning I witnessed something that just flat out bothered me.

I was finishing up my coffee down at St. Arbucks, chatting with a couple of the Usual Suspects when I noticed a tall fellow in Army garb crossing the parking lot. Trailing him by a few steps was a rather scruffy looking young man, arms dangling by his sides and his eyes cast downward.

I said out loud, “Here comes the Sergeant with a new recruit in tow.” I was joking, I didn’t even know if they were together, but – they were.

When they came through the door the Army guy led the younger man to a table near us, sat him down, and handed him a small bundle of papers and a pen.

“Here, fill these out. What are you drinking?”

I watched the young man look over the papers then take out a pair of glasses. When he put them on I could see that they were what we used to call, “Coke Bottle Glasses,” thick, heavy lenses in black frames. 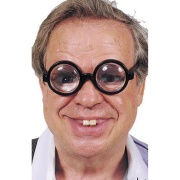 Even with the glasses on he still had to bend over the papers until his nose almost brushed on the table. This did not bode well for his time on the firing range.

The kid (Anybody under forty is a kid to me) worked diligently filling in the blanks. His tongue stuck out periodically to help with the tough parts.

After a couple of very long minutes The Recruiter came back to the table carrying one short cup of hot coffee and one huge Frappuccino topped with whipped cream. As he passed by our corner he glanced at us and smiled. His smile spoke volumes. It said –

“Yes, this just what you think it is and I know that you know.”

He set the whipped cream drink in front of the young man, still busy with the paperwork. Then The Recruiter sat back and began to text away on his phone, smiling all the while.

I turned to my Partner Suspect and said, “This sucks. Would you want to be in a foxhole with that kid? He can’t see worth a darn.”

When the new and unshaven Guardian of Freedom reached page three he paused. He lifted his head from the table and located the man sitting across the table from him.

“What does this mean?”

Not to let anything foul up his “Catch of the Day,” The Recruiter got up and, looking over the kid’s shoulder, took the pen and said, “Here, let me help you with that.”

Not surprisingly, the rest of the paperwork went quite quickly.

It took no more than two minutes for every blank to be filled in and every dotted line signed and dated before the two of them were heading out the door. The kid clutched his Frappuccino, but the small hot coffee sat where it was from the start. He had never touched it. It was strictly a prop.

I can’t see how this kid could ever pass the Army induction physical with eyesight like his. I doubt that he could read the big E on the top line of the eye chart.

I understand that the recruiters have quotas to fill, but really now – taking this kid into the Army isn’t doing anybody a favor – except Starbucks, if he keeps bringing his enlistees in to fill out the papers and slurp up the whipped cream.