Archive for the category “Bubble Wrap”

I know that this will hardly come as a shock to you, but…

THERE’S A LOT OF STRANGE STUFF IN THIS WORLD.

One small example of this has been all over my Facebook lately. There have been daily, sometimes more than daily, postings by someone I don’t know myself who has been cluttering up the world with updates on the medical woes of her pet pig.

If this had been about her child or some other human relative I might cut her some slack, but IT’S A PIG FOR CRYIN’ OUT LOUD!

I know…there are some of you who are thinking that I am an insensitive lout. I’m not. I have my own emotional support thing. Mine is a frozen burrito. It gives me comfort and pleasure, but I’m not going to pollute the internet posting pictures of it spinning around in the microwave on its way to becoming my lunch.

OK… I will now step down from my soapbox…my emotional support soapbox.

Well…it is different, but in some ways it has some similarities. It is about one thing that has served in more than one capacity, but just not very well.

During the past year our ability to go out shopping in real brick and mortar stores has been seriously impaired by this virus foofaraw. Everyone has turned to shopping online and having stuff delivered right to our front door. It works surprisingly well and has made that Bezos fellow very happy.

With every package that UPS or the Post Office drops off at our place it is a safe bet that our purchase will come swathed in Bubble Wrap. Even if it makes no sense there is Bubble Wrap. Did that book need protective Bubble Wrap? I ordered some socks from Amazon and they came in a large box filled with Bubble Wrap.

Bubble Wrap. All around my socks. It’s like being on a crowded bus surrounded by fat people.

I felt the urge to waste some time and learn about Bubble Wrap. 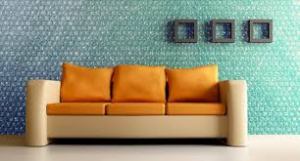 Circa 1957 there were two grown men: Alfred Fielding and Marc Chavannes who collaborated to create what would come to be known as Bubble Wrap. They were nice guys I guess who created something but had no idea what to do with it. It was like coming up with a cure for a disease that doesn’t exist. When they did come up with a niche to be filled by their creation it was…stupid. They tried to market it as…Wallpaper. Wall Plastic to be more accurate. They were clever inventors, but lousy Marketers.

They got patents and formed a company – “Sealed Air.”

Sealed Air muddled along on the verge of bankruptcy until 1971 when an outsider was hired to run the company.

A fresh pair of eyes launched Sealed Air into the Center Ring. Today, Sealed Air is a Fortune 500 company with sales of more than 4.5 BILLION Dollars and 15,000 employees.

Some people create Bubble Wrap while other people spend their time documenting the ups and downs of a sick pig.

I’m going to go have a burrito.