I like to laugh. It can lift my spirits. It can help me tolerate the stupidity and insanity I see around me. It’s fun and it just feels good.

Given the universal turmoil of the last year or so I have been desperate to find new things to make me laugh more and deeper.

I have found it.

Actually, my wife, the lovely and equal fan of a good guffaw, Dawn, found it and got me belly laughing and knee slapping in minutes.

What she found was a British Comedy Game Show called “Q I.” Not IQ, but QI. I’ve learned that the QI actually stands for “Quite Interesting.” They call it a Game Show but the scoring is unfathomable, arbitrary, and nobody gives a hoot anyway.

The Google description of QI says: “QI is a quite interesting quiz show in that correct answers are not necessarily

the goal. But responding to presenter Sandi Toksvig’s mostly obscure questions in a funny or interesting way, regardless of whether the responses include a right answer is what scores points.” On QI even the audience can score points!

QI has been on the air for 18 seasons. It began in 2003 and has amassed 289 episodes. The original host was British comic actor and wit Stephen Fry who left the show in 2016. He was succeeded by the current host, Sandi Toksvig, who was a frequent “contestant” on the show.

All of QI’s contestants are comedians, mainly British, with a sprinkling of American, Irish, Aussie, Indian, and others. I even saw an old American friend on the show from my days onstage in California. They do throw in the odd celebrity on occasion who finds themselves in the middle of a whirlwind of comics turned loose. Chaos ensues.

Comedian/Actor Alan Davies has been on every show (except one which he missed to attend a championship soccer match with his favorite team.) He is often the butt of jokes while even leading the 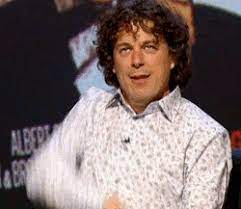 I’ve included a few links to some episodes of QI that I think (hope) that you will find fun as well as strangely informative in a totally useless way.

QI has been good for me and I can prove it. I am sure that without the therapeutic and cathartic value of QI it is entirely possible that I might have degenerated into writing “How-to” books for Civil War re-enactors using aluminum foil and supermarket twist ties.

Aren’t we all glad that never happened?

I’m just assuming you know how to hit the “Skip Ads” button.