I’m Gonna Smell For A Week 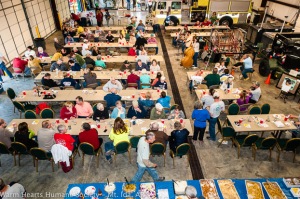 IT’S TUESDAY AND I SMELL.

Due to some technical difficulties I am having with WordPress it is necessary that I post a few more things from the past. This post is from 2015.

Enjoy and bear with me.

Last Saturday I volunteered to help out at a Kiwanis Club Fish Fry fundraiser. I was there from 3:30 PM until about 7:30 PM. I helped out selling tickets at the door and greeting the several hundred people who showed up to dine until they dropped. The thing is – I don’t belong to the Kiwanis Club.

In Terre Haute (That’s French for “High Cholesterol”) there are two Kiwanis Clubs and I’m not a member of either one. My wife, the Eternally Lovely Dawn, is a member and I fall into the category of “Spousal Volunteer.” I have been a Spousal Volunteer for several years without joining. The President of the club has asked me, on several occasions, why I don’t join. I have answered that query by quoting that sage of the silver screen Groucho Marx. When asked to join the Beverly Hills Country Club Groucho declined saying, “I would never join a club that would have me as a member.”

On this past Saturday the Kiwanians, as they like to be called, were trying to raise money for the numerous charitable activities that they do throughout the community. Each year they have a “Pancake Day” as well as this extravaganza.

There are two companies that can be hired to put on these events. They do everything for you, as long as you guarantee that at least 300 diners come through the door. I have been on the dining end of these events and let me be honest – I’d rather be on the Spousal Volunteer end. My digestive tract can handle only so much deep fried everything – in – sight – until – my – arteries – collapse. But whatever floats your boat.

I sat there and watched several hundred citizens chow down like there was no tomorrow. As they left the large VFW hall (Look it up if you don’t know that abbr.) in varying states of breaded bliss many of them said that this fish fry was the best ever. I contribute to that happiness the fact that the weather has been crappy and this event got them out of the house for the first time in a week.

To call Saturday’s feeding a “fish fry” is a bit misleading. The diners had their choice of fried Walleye fish, fried teeny-tiny shrimp, or fried chicken strips. The side dishes were baked beans, French fries, Cole slaw, potato salad, and applesauce. Perhaps the applesauce was a nod toward a more “healthy” food choice. I don’t know.

This fiesta was billed as “All You Can Eat,” and our customers pushed that to the wall. I saw plates piled so high that they should have triggered an avalanche warning. I wondered if they thought that “All You Can Eat” thing was mandatory or were they getting ready for a cross country wagon train?

My station was by the front door to the hall, on the opposite side from the cooking and serving lines but there was no escaping the aroma. If you sit anywhere near all of that hot oil and fish for four hours, even if you don’t touch the stuff, you are going to carry that aroma around with you.

Today is Tuesday and I can still smell it. I went for a walk and saw that I was being followed by three cats and a family of four in an out-of-state mini-van. The scent must be in my pores. I’ve showered, changed clothes several times and tried to skinny-dip through a Carwash. No good – I’m still a walking pheromone. Some enterprising, yet misguided, tycoon could market this as a perfume – “Evening in Intensive Care.”

After all the customers had gone, we counted up the take and it looks like the Kiwanians will carry on for another year – doing good things in the community and gearing up for “Pancake Day.”

If I haven’t gotten rid of this fishy smell by Friday I’m going to be forced to have a full body peel.

2 thoughts on “I’m Gonna Smell For A Week”