The Heat Is On

I will be the first to admit it. I am easily amused. You want to see me giggle – just start telling me “Knock -Knock” jokes. It doesn’t take much to get me laughing. I’ve been known to cut loose with a belly laugh even when it’s me who has slipped on the banana peel.

Laughter is a good thing. It is even therapeutic. Laughter has super healing properties. Those properties are enhanced tenfold if a whipped cream pie is being thrown. That’s a Scientific Fact. I saw it on my TV last Saturday morning.

For the last few months the world has been engrossed with contemplating it’s own navel and avoiding anything that might involve enjoyment or other people. I’m sorry, but that will never do. If I can’t slap my own knee at least twice a day I might get awful surly and start making bad puns. My funny bone needs tickling on a regular basis. Fortunately in the last few weeks I have found something that appeals to my 11 year old sense of humor.

What is funnier than seeing grownups playing a kid’s game and looking really silly in the process? Nothing!! That is why I am glad that we have discovered the #1 hit show on Netflix : “The Floor Is Lava.”

This show pits teams of adults against a room where they must jump from tables to chairs to sofas that are immersed in a roiling sea of Special Effects lava. They must try to cross the room without falling into the lava and disappearing forever into syndication. The team that completes the challenge and escapes the room wins $10,000 bucks and a $29 dollar Lava Lamp.

Big Time Show Biz this ain’t. It’s more of a combination of “Survivor”, “American Ninja Warrior”, and anything on “C-SPAN.” 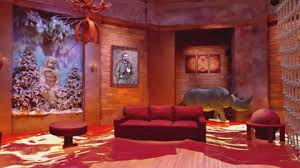 I did a little research into this show, at least seven or eight minutes worth, and learned that if you want to be a contestant on “Floor is Lava” the producers want you to be in good physical condition. That leaves me out – something for which I will be eternally grateful. I guess they don’t want to have a contestant keel over dead on camera. Even with that fitness restriction we have seen some players take some serious head shots when they leap from a chair to a table and land face first and then slip below the surface of the “Lava.”

I don’t know how long this show will be on the air. They have only 10 episodes “in the can” as they say. It would not surprise me to learn that it will be picked up for another season. After all, “Gilligan’s Island” ran for three seasons, but they had Ginger and Mary Ann. “The Floor Is Lava” only has a “Host” who looks like the stock boy at the Dollar Store.

“The Floor Is Lava” is one of those things that has appeared on the scene at just the right time. This world needs something to laugh at that doesn’t require any thought or analysis. “The Floor is Lava” is nothing more than self-induced slapstick humor. It makes no sense. It has no real purpose. There is no “Message,” and who wouldn’t want to have their very own $29 dollar Lava Lamp? 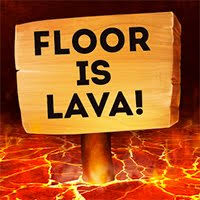