Our American Cousins…Kinda, Sort Of

THEY WERE HERE A MINUTE AGO…BUT NOW THEY’RE GONE. For the last three weeks we were a quartet, but now we are duet. Our Cousins from Alaska have left for home. They have abandoned Mountshannon, Ireland for the balmy weather of Anchorage, Alaska.

They were only going to be with us here for three weeks anyway, but it seemed to fly by. I’ve had weekends that lasted longer than their time with us. Dawn and I will spend these last two weeks in this house before we too pack up our bags and fly home. 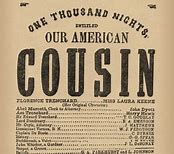 When I refer to the two already in the air as “Our Alaskan Cousins” I am stretching it a bit. Only one of them is an actual, bona fide, certifiable, Cousin. The other is a Cousin by acclimation. In reality Gwen is a longtime friend and associate of the actual Cousin – Lou Ann. After so many years these familial relationships just become real even though the Law wouldn’t recognize them.

One fact never seems to change anymore – no matter how many people are in the room, or in this case the renter Kia Sportage SUV, I am still the oldest person there. I had Gwen outdone by over a year and as far as the other two in the car…well; let’s not dwell on that chronological business.

For Dawn and I this trip has been our fifth visit to Ireland. For our two Alaskans this was the first time either of them had been out of North America and it was quite an experience for them. This was their first time having to deal with English as a foreign language. While English is the official language (one of two actually – Gaelic being the other) of Ireland attuning your ear to understand what is being said can be a challenge. Lu Ann said that they got a cab from the airport to the train station and the cabbie talked to them nonstop, but they understood almost nothing. It takes time to catch on to the accents (depending on where in the country you are), how fast they are talking, and how much slang and/or Gaelic is being used. It can be a challenge.

I think that our Cousins had a good time. We had days when we were on the go all day long and we had

days when we were lumps of humanity. None of us have the energy to carry us on a day after day “If it’s Tuesday this must be Dublin” touring schedule. There were days when the most strenuous activity was sitting and looking out of the window at the ocean. I was a big proponent of that. There were some things we had on our agenda that got scratched once we saw how much walking was involved or how steep that hill was. If I was 25, if any of us was a few decades younger, things might have been more “Touristy,” but now, with the youngest of our group being 62…Fugedaboutit!

Our Cousins are winging their way home. We will take the next two weeks to resume not being tour guides. We both have some writing we want to get on top of and there are windows that need to be looked out of.