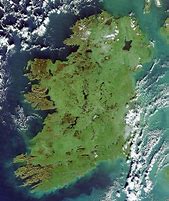 YOU WOULD THINK….AT LEAST YOU WOULD…I MIGHT NOT about what would be the biggest tourist attraction in all of Ireland. When I was asked that question the other day by one of the Alaskan cousins I had to stop and do what passes for thinking in my world.

“What is the biggest tourist attraction in all of Ireland, Cousin Krafty?”

Knowing these people as I do I immediately became suspicious. Was this a trick question? Was there a gag hidden in there somewhere?

“Biggest?” Did they mean the physically biggest attraction?

Do you see my problem here? They are family and because of that I am almost obligated to be suspicious of them.

All of this possible linguistic subterfuge delayed my answer to them. They thought I was either ignoring them or was as stupid as a woodshed full of chainsaws. Either way they didn’t stick around for my answer assuming that I had one.

I hate questions like theirs, filled with potholes and trip wires. Why couldn’t they have asked me something simple and not so ambiguous? Something like, “What is the meaning of Life, Cousin Krafty?” That I could have handled without a nanosecond of hesitation, but “What is the biggest tourist attraction in all of Ireland, Cousin Krafty?”

Those devious Alaskans. Give ’em a few billion barrels of crude oil and they think they can play tether ball with my brain. Let them wait a bit for my answer.

The next day we had a planned outing driving through the Irish countryside, ending up at the Cliffs of Moher- a truly impressive site. The Wild Atlantic Way of Ireland is no wilder than at these cliffs, the western edge of the island. One false move and you might find yourself falling seven hundred feet down into the cold waters of the North Atlantic. We first visited The Cliffs about thirteen years ago. At that time you would park your car in a field, walk across the narrow road and walk up to the edge of the island. It was not unusual for some fools to climb down the rocky edge to get “a better view” and then aided by a gust of wind wave goodbye on their way down to the water. 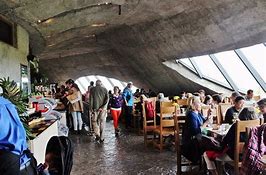 Things have changed. Now there are huge paved parking areas with an entire complex built right into the hillside with gift shops, multi-media exhibits, a full service restaurant, and plenty of restrooms. Oh, the cliffs are still there but the edges of the island are now fence and walled off to cut down on the falling fools. I’m not sure I like that. If they don’t fall off into the ocean they live and continue to dilute the gene pool. Oh, well. That’s another issue for another day.

I finally did have an answer for our Alaskan Cousins.

“What is the biggest tourist attraction in all of Ireland, Cousin Kraft?”

The answer, no matter how you look at it, after seeing the people in the full service restaurant, there can be no doubt: The Cliffs of Moher.

Not even the tours of the Guinness Brewery come close.

3 thoughts on “Notes On Cliffs”