I’m Packing It In

WE ARE GOING TO BE HEADING OFF FOR IRELAND IN A FEW DAYS. I think it is time for me to begin deciding what to take and what to leave behind. My wife, the lovely and highly organized, Dawn, started her side of this process in 1973 give or take a day. We tend to operate at different speeds.

I’m not saying that my way is right or hers wrong. No. No. No. I think it is just a difference in the basic structure of our genders.

I have spoken to a number of men and women about this topic of packing for a trip and the answers have been running consistently along gender lines.

The Question is: How and what do you pack for a week-long trip?

(Men) – “A week has seven days, right? So…seven pairs of socks, skivvies, and shirts. Maybe a second pair of pants. I’ll be wearing my shoes. That’s about it.”

That’s all of the Women’s answer because if I include the rest, unedited, we’ll be here all day.

That Men and Women think differently is a given. Men are caught in the Basics. Women see more long range and with a wider scope. The Men want a new pair of socks. After that it is all a pile of details to be dealt with later. The Women need and want to know everything now – and that’s that!

Let’s be honest. If it wasn’t for the Women we Men would still be living in caves and wearing Mastodon fur Jockey shorts.

Women are the ones who create and sustain Civilization despite all of the dull-witted efforts of Men to have us sitting in the dirt, counting our toes, and coming up with the wrong answer.

I confess that when it comes to packing some luggage I am one of those Men who count the days, count the socks, and then close the lid. If I have forgotten something I will either do without it or find it in the local Wal-Mart or in my wife’s suitcase.

Most women would make successful Nomads. They know instinctively what they need to take and what to leave behind at the Oasis for the next band of Berbers to find. If the Men were in charge of packing up the tribe they would have forgotten to take half of the tent pegs and most of the children.

Over the years I have gotten better at packing for a trip. Not 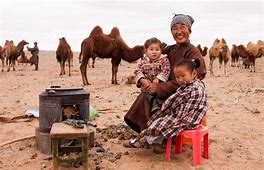 neater, mind you, but better by my standards. If you open my wife’s luggage you’ll see that there is a place for everything and everything in its place. If you open mine you will admit that it is – a place, and everything is in there someplace. I can find my socks that are designated for Thursday in a flash. They might be in that plastic bag that holds my rubber bathmat and shaver and a pair of shorts, but they are there. The inside of my bag looks like it has already been tossed by the TSA crew and their bomb-sniffing dog. But I can find whatever I’m looking for – as long as I put it in there to begin with. If I forgot to pack it in a fitful stupor of manhood – then all bets are off.