Look! Up In The Sky!

WHEN YOU GOTTA GO…

Half of the Internet, it seems to me, is filled with photos and video clips of the most extraordinary things: mysterious creatures that look a lot like ET, time traveling people from the future all using cell phones in 1920 and UFOs here, there, and everywhere. I look at these things and I am filled with enough doubt to float Judge Judy. Seeing all of this nonsense makes it really difficult when I – me – myself see something that makes me say to myself, “What in the name of Robert Stack is going on here?”

I am currently down in Texas (AKA The Surface of the Sun) lollygagging about in the 99+ degree heat with humidity somewhere above 700%. Conditions like that can easily induce a Trance-Like State (Other than Nevada) where you might see things that aren’t really there. Such is the situation where I find myself these sunlit and heat distorted days.

Across the street from “The Old Homestead” is the local high school, Home of the Sinton Pirates and their athletic field – “Bonecrusher Arena.” That should convince you that Football is a deadly serious game in Texas.

The high school is where I noticed something that, at first I thought was just unusual, but upon further viewing I decided that it was simply wacky. As I looked at the main building of the school campus I noticed something up on the roof. My first thought was that it was a phone booth, but that’s silly, there are no phone booths anymore. Even if it was a phone booth what would it be doing up on the school’s roof? This needed a closer inspection.

The school is spread out across from the Old Homestead, just the other side of Pirate Boulevard, and being the modern curious-minded man that I am we drove over to get a better gander.

Upon getting onto the school grounds (trespassing) and driving up to the side of the building facing the Bonecrusher Arena I got a much better look. Up there on the roof all by itself and in all its bright blue glory was a “Porta-Potty.”

Question #1: Who puts/wants/needs a Porta-Potty up on the roof of the high school?

After my initial discovery that the object on the school roof was a Porta-Potty and not some vestige of an unauthorized Time Travel visit or a leftover prop from a “Doctor Who” episode, I let loose with a giggle or two. 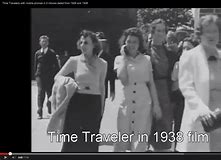 This object was not just a generic Porta-Potty it was a “Texas Throne.” That makes me think back to when Texas was an Independent Republic. I grant you that it was a Republic and not a Monarchy, but still who wouldn’t want to have their very own Throne, in Texas or otherwise? If I was a real Texan seeing that Porta-Potty up there on the school roof it would have made me mist up a bit.

So it wasn’t any Sci-Fi Channel reject or Time Traveler Camp Necessity up there, but somebody went through the effort to drag it up there. It didn’t just land there.