Two elements – gases- that are lighter than air. However, I urge you to keep your lighter away from the Hydrogen unless you have this passion for large explosions.

The reason I’m even thinking about this is that I recently saw an article stating that there is a shortage of Helium. There is such a dearth of Helium that a number of “Party Stores” are closing their doors. They are unable to inflate enough of those festive Helium Balloons to keep their customers and all of those Birthday Cake Sugar wired two year olds happy.

Personally, I find all of this hard to believe. Helium is one of the basic elements in the Universe and there can’t be that many Office Retirement Parties out there. I can’t really refute this claim of a Helium Shortage and I’m not going to any research into the matter because I really don’t care all that much. I’ve never been in a “Party Store” and I don’t know any two year old birthday kids.

All of those Birthday Parties and Retirement Farewells might be different if the Mylar balloons were filled with Hydrogen.

“Don’t let little Timmy get too close to the cake and candles with that balloon.”

That would probably make the evening news.

While I was putting this blog post together and looking for some graphics I accidentally bumped into an article in the Washington Examiner of all places decrying this whole Helium Shortage business as a hoax.

Point One: Who really cares?

That newspaper usually covers things Political and things passing as Political yet it spent fourteen paragraphs about Helium – What it is – Where we get it – And that we won’t be running out of it for quite a while. The Washington Examiner assured me that we will have Helium as long as we have a viable planet, and then some. We won’t run out until the Earth as a whole begins to resemble the gravel back in the alley.

What I found more interesting than the article itself (which was not hard to do) was that some poor reporter got saddled by his editor to research Helium and turn in fourteen paragraphs on it. What did that reporter do to tick off somebody with pull that got him that assignment? Did he liberate someone’s tuna sandwich from the refrigerator in the lunchroom? I can’t imagine that the reporter spent four years in college dreaming of career on a big city newspaper so that he could crank out fourteen paragraphs about Helium and the economic woes of Party Stores. 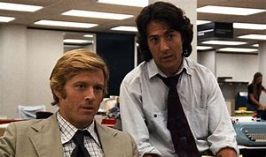 Woodward and Bernstein it ain’t.

I guess that all this day’s blog-smog proves is that I have the attention span of a fruit fly. I start out reading about some party stores closing…which leads me to an article saying that the so-called Helium shortage isn’t real…which leads me to wasting time reading all fourteen pointless paragraphs about Helium…which sets me to thinking about the career stumbling blocks of a young reporter I’ve never heard of before or since.

Do I have trouble staying focused on a…oh, look, a butterfly.