No Thanks For The Memory

Yanjaa is my new hero. Yanjaa is a young lady born in Mongolia (isn’t everybody?), raised in Kenya (but of course), educated in Sweden (the next logical step), and now living in Texas (Y’all).

Her full name is Yanjaa Wintersoul and I don’t believe that either. Not any more than I believe that her hair is naturally that lovely magenta color.

Why is she my new hero? Because Yanjaa, using her extraordinary talents has memorized the entire IKEA catalog.

During the course of my intensive minute or two of research I discovered that Yanjaa (The Mongolian equivalent of Betty Lou) is some sort of super Memory Expert and Champion. I didn’t know that there were competitions to see who could remember the most stuff. I may have read about it somewhere, but I don’t remember.

In December 2017 she broke two world records at the World Memory Championships in Jakarta, Indonesia by memorizing 212 names and faces in 15 minutes AND 354 random images in 5 minutes. I’m impressed.

I’m impressed, but also personally depressed by such skill. When I was more actively involved in acting I was known as a quick study. I could memorize my lines quickly and accurately, but this gal makes me feel like a slug. These days if I’m going to the supermarket and plan to pick up more than two items I make a list. Even then I have to remember to take the list with me.

After reading about Yanjaa and her memory skills and all of her competitive feats I began to wonder about how she makes a living. None of these contests mention anything about any prize money. 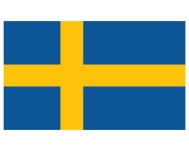 According to what I could learn online I saw that Yanjaa is a professional Freelance (Fill in the blank). Photographer, Interpreter (She speaks 11 languages), Translator (Which sounds a lot like an Interpreter to me), and Assistant Restaurant Manager.

I think it now safe to add to that list: Advertising Stunts for IKEA.

Between you and me…I don’t see the advertising value of having someone memorize the 328 pages and 4818 items in the catalog. If I was going to an IKEA store I would be more impressed if she could tell where in the store I could find the Coffee Table Department or the Men’s Room. Telling me about all 137 different Coffee Tables does me no good…unless she hands out coupons as well. When I am in the market for furniture that I have to assemble by myself I am not easily impressed by a gal with Magenta hair doing parlor tricks. I’d be more impressed if she would come over to our place and help me put it all together. All that “Tab ‘A’ into Slot ‘B’” stuff gives me a headache and I tend to forget where I left my screwdriver.

I’m sure that IKEA is paying her for all of this memorizing business. Maybe they could toss in a Credenza or two. I don’t really begrudge her doing stunts like the catalog thing. She is trying to make a buck and I can identify with that. I would like to take her with me to the nearest Casino to play a little Blackjack.