UH, OH! I SEE A CHALLENGE AHEAD. At least it is not directly involving me.

I learned the other day that one of the Usual Suspects is going under the knife in a few days. It’s nothing life threatening, but according to him it’s worse – he is going to have his golf game taken away for a year.

Why not just cut out his heart?

This chap just retired after 37 years as a Middle School Teacher and he was looking forward to being on the golf course 27 hours a day and twice on Sundays. That is now being put on the back shelf for a while.

For the longest time he has been complaining about the soreness in his left shoulder. He put it up to age and kept on swinging his clubs. Recently the pain had gotten worse and he finally went to his doctor who sent him on to a Sports Medicine Specialist. The Verdict: “You in a heap of trouble, Son.”

This School Teacher turned Retiree has a torn Rotator Cuff – actually two tears and those things don’t heal themselves and my SuperPowers are limited in that area.

As you would expect, this gentleman is not happy. The surgery itself won’t take all that long. It’s the healing process that has him depressed.

For four weeks Post-Op he will have his left arm lashed to his body to minimize movement. Once that stage is over he will be in Rehab for the next year. He is concerned about the impact all of this will have on his everyday life. They will be cutting on his left arm, but fortunately he is right-handed. 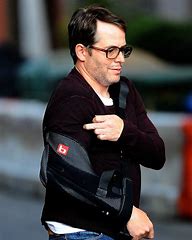 For those first few weeks he will be living in a whole new world. I am going to be his Welcome Wagon to living life on just one side.

As a result of a pre-natal stroke I have lived my 72 odd (some extremely odd) years with only one functional arm.

In anticipation of his surgery he has been “practicing” doing some simple things using only his right hand. He is ready to tear out his remaining hair. He will learn.

As he told me of his frustration trying to put on his pants one handed. I nodded and told him that there is a source of information and guidance that can answer his questions and show him a number of “How-to Tricks.” He asked me, “Where is this source?” I told him, “You’re looking at it.”

He is planning on having his wife do some things for him. I advised him that such an arrangement will wear thin very quickly. So, to save his marriage he’d better learn to do most things for himself. I don’t expect him to learn how to tie his shoes one-handed. I can do it, but it is a frustrating learning process. I learned how to do that by the time I was five, but an old geezer like him will not have the patience. I recommend either Velcro tabs or elastic laces.

I will help him to learn how to dress himself, drive his car, and cut up his pork chop. It is the little things that will help him through those first few weeks.

Perhaps, when he is all healed up and back on the links he can teach me how to play golf. I’ve tried and I suck at it.