Excuse me while I whine.

There! I feel better now.

What am I whining about? I’m whining because it’s January and I miss Baseball.

I miss the crack of the bat, the roar of the crowd, and their collective gasp as the ball arcs through the air into the Gap. Ahhh, the sensual glory of The Game.

The Sights, the Sounds, and the Smells are all a vital part of the Baseball experience. Without reveling in these basic sensations the game might as well be on television.

Here we are firmly wedged between two frozen walls of a Midwestern winter with the sunlight just starting to creep back three minutes at a time. It’s just not fair. The days are so short when I need them the most. My face is starving in its need to feel the heat and the sting of the sunlight along the first base line.

I miss hearing the chatter of the players urging the batter to swing at every pitch. I miss the holler of the vendors as they wander through the stands offering up treats both hot and cold – whichever will satisfy your inner needs.

I know that the Pitchers and Catchers will be reporting for duty in Florida or Arizona for the Spring Training that starts in just a few weeks. They show up earlier than the other players so that they can shake off the dust of winter and get their muscles to wake up. They work to tune up their arms so that they can allow the ball to curve and slide and burn a path to home at a hundred miles per hour – anything to upset the batter’s timing.

The aging players, still young in the outside world, will show up early to stretch and bully their ligaments and tendons into one more season. Some will be able to loosen up and play their hearts out for one more trip into October. Then there will be others who will try, but have to finally face the fact that their train has made its last run and that it is time for them to learn what their families look like in summertime.

Baseball is a game of the senses – Judging the speed of the pitch, the distance of the fly ball and the right moment to swing the bat or to take off running to steal that extra base. The basic human senses needed by the players on the field are attuned to a sharper degree than what I will ever need in my role as the lifelong fan. I respect the fact that they live at a pace much faster, higher, and sharper than I, but our mutual love for The Game pairs us together as the days get longer and the same sun shines in our eyes and we both feel the sweat on our skin.

It’s winter. I’m cold and I feel the need to whine. I’ll try to keep my whimpering fairly quiet – at least until I see a kid outside in the yard playing catch with his Old Man. 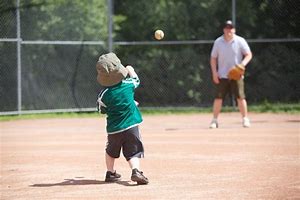