IT HAS BEEN AWHILE SINCE I HAVE GONE TO MY OFFICE (St. Arbucks) in mid-afternoon. I’m usually there before sunrise and back home a little after 8 AM. The other day was a little different.

Despite the cold weather some grocery shopping had to be done. I volunteered and after picking up the basic building blocks of modern life (Dr. Pepper and bagels) I dropped into the Chapel of St. Arbucks – the Patron Saint of Jittery People, to say a little prayer and have a cuppa.

In the afternoon it is an entirely different population slumped over the tables. There are a number of students from Indiana State University and a few stragglers from the Rose-Hulman Institute of Technology. The kids from Rose-Hulman will end up ruling the world. The ISU kids will be asking them if they want cheese on their burgers. 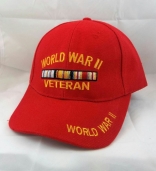 I was over in the corner when in walked someone I had not seen in quite a long time. I don’t know his name. I’ve always just referred to him as “The Captain.” He is an old man, probably in his late 80s or into his 90s. On his head is a cap telling the world that he is a veteran of World War Two, He has been coming in here as long as I’ve been a parishioner here at St. Arbucks.

“The Captain” comes in alone. His car is parked in the Gimp Spot next to our Toyota. It takes him a minute or two to get inside. He uses a walker and is always carrying a large tote bag slung over his shoulder.

He moves slowly now, but one look at his face and you can tell that in his day he was one serious badass. He looks like he personally won the war.

After he places his order with a Barista younger than his hat he finds a spot at an empty table. By the time the Barista brings him his coffee (and sometimes a pastry) he has spread out a pile of papers on the tabletop. He is not there to socialize. He has work to do.

He has a mound of mail to open. I’ve watched him go through the envelopes, take out a sheet or two of paper and sort them into different piles. I’ve never felt it proper to interrupt him to see exactly what he is doing. I suspect that he is involved with a veteran’s group, coordinating and communicating with other old men who’d saved the world.

Sometimes he reads a page or two and then takes out his phone and makes a call. He has thick glasses and hearing aids in both ears, but when he is on the phone with that letter in front of him, I get the feeling that he is back talking to “his men.”

Someday, soon I hope, I will get up the nerve to walk over to his table, introduce myself, and shake his hand.

Time is running short for both of us and there will come a day, perhaps tomorrow, when either or both of us will not come through that door to get a cup of coffee and take care of business. I don’t want to wait too long and, sadly, miss a rare opportunity to shake the hand of a member of a generation like no other.

11 thoughts on “The Captain”