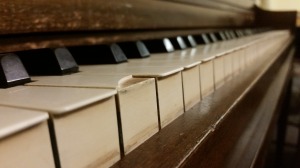 Even the Little Sisters of Saint Clair, forgiving but not forgetting their incarceration, picked up and moved into their new convent which sat on a small, sun swept hill overlooking the settlement.

Soon the new town realized what they had become and voted to give their creation the name of “Fortune’s Kiss”, recalling both the past and acknowledging the present.

Within another year the old town had given up its last residents as the Mayor and his wife were forced to make the walk to Fortune’s Kiss. As everyone else moved away their fear of starvation became stronger than their fear of being powerless in the new town.