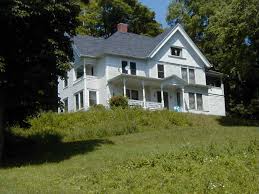 Some time ago, in a small town situated in a remote part of the country, there lived a woman. She wasn’t rich, but she was “comfortable.”  She was a rather successful merchant. She ran a brothel.

Her’s was the largest home in the town. It sat, surrounded by rose bushes, on a small bluff overlooking the central square. The only paved street in the town led up the hill to her home. She’d had it paved at her own expense.

The woman was the most admired person in the town, and also the most hated. She was admired by those people who understood and appreciated hard work and a good heart.

The woman in the large home on the hill knew that she was hated and in order to keep the peace and avoid uproar she maintained a low public profile and insisted that her girls do likewise. This just made the Haters hate her even more.

Serious hatred is a powerful thing. It can make people do cruel and stupid things. That is what it made the Haters do.

The Haters held meeting after meeting in the back room of the town hall trying to decide what they could do to rid themselves of the object of their hatred. After months of debate they decided to pass new laws that would make her an official lawbreaker and thereby give them the legal power to ruin her business and drive her out of town. They met in a formal Citizen’s Council Meeting and pretended to argue the pros and cons of the issue and then quickly passed their new laws. The Haters were gleeful with what they saw as their new unequaled and unquestioned status in the town.

They couldn’t just pass a law to simply make her brothel illegal; it was still too much of a frontier town for that.

So they used their new laws to hurt the Woman on the Hill every way that they could. They made the street leading to her home a one-way street heading downhill and they posted a policeman to stop anyone from going the “wrong way” up the hill. When the customers began to cut through some of the Haters backyards to avoid the policeman they passed more laws.

They cut off garbage pick-up in the hope of having her home declared a health hazard. This attempt failed when every man leaving the home started taking a small bag with him when he left.

A law was passed making it illegal for more than five unrelated women to live together in the same home. This caused an immediate uproar when the police arrested all sixteen of the Little Sisters of Saint Clair who shared the Convent down by the river.

With each new law the chaos in the town increased as the rights of the people, who didn’t hate the Woman on the Hill, were taken away and their freedoms restricted. Taxes were increased by the Council to pay for more policemen to enforce their new laws.

After more than a year of trying and failing to close the brothel using the Law, the Haters finally realized that drastic action was needed. 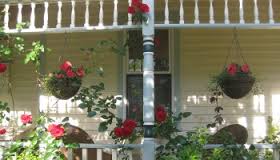