When It Comes To Wasting Time I Am Self-Taught 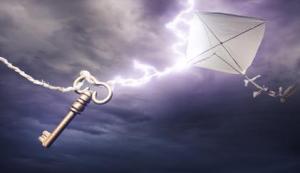 WHILE HANGING TEN OFF MY KEYBOARD today I bumped into a tidbit of info that is, perhaps, the most Obvious, Redundant, and Dumb As a Sackful of Hammers thing I’ve seen in quite a while.

The University of Pennsylvania, Department of English, is offering a course with the title of, “Wasting Time On The Internet.”

Well, yeah. And your point is…?

I’m guessing that the course is being offered through the English Dept. because Kenneth Goldsmith, the alleged instructor, either lost a bet or was so strung out of Red Bull that it seemed like a good idea at the time – or even just an idea.

I would think that such a course would be truly inter-disciplinary. It could easily fit in the Depts. Of Philosophy, Economics, Gender Studies, Computer Sciences, Phys. Ed., and/or Early Childhood Development. I stopped there because I realized that it could probably fit anywhere except the Library and the Student STD Clinic.

It is also fitting into the Tuition Billing Statement sent to Parents each term. One look at Junior’s course load and Daddy is likely to suffer a TIA episode and start calculating the drive-time to the nearest Community College.

The course is described thusly: “The class will, ‘Explore the long history of recuperation of boredom and time-wasting.’”

There is a more “in depth” (aka “piled higher”) description, but I’m not going to type it all out. I tried, but my Spell Check began to giggle. http://www.english.upenn.edu/courses/undergraduate/2015/spring/engl111.301

Upon clicking on the Instructor’s link I learned, in spite of it all, that he has also taught another course called, “Uncreative Writing: Robotic Erotica/Erotic Robotics: Scribing a Non-Expressive Sexuality.”

Why am I not surprised by this?

His Bio blurb says that he has published ten (count ‘em 10) books of poetry and has a list of credits that provide a comfortable living.

I don’t begrudge it to him at all. To paraphrase another showman – a fellow named Barnum – “There’s a new one born every minute.”

“Wasting time on the Internet”

I’ve always thought of it as something that one does by instinct, not needing to be taught. Even as I’m writing this I am getting the feeling that I am doing it quite well. And I’ve never had a lesson in it in my entire life.

Maybe I should start freelancing a bit and teach others to do what they already know how to do. I could expand my course offerings to include:

“Breathing 101: How to Inhale and Exhale on a Regular Basis.”

“Recognizing the Differences Between Up and Down.”

“How to Lie Down – Without Holding On.”

I wonder if Mr. Goldsmith ever took the class called, “The Difference Between the Tenure Track and the Railroad Track.”  One can take you somewhere and the other can run you over. It can be tricky telling them apart sometimes.

The University of Pennsylvania was founded by Benjamin Franklin in 1749. One of the more clever and witty men of his age I think he might be amused by “Wasting Time on the Internet.” He might even sign up to take the course. Maybe, but he was also a very practical man who might read the description of the class and turn to Mr. Goldsmith and say, “ Next time you’re trying to fly a kite in a storm– learn to let go of the key. It’ll reboot you something fierce.”