My Very Own Award Show

WE HAD THE OSCARS ON THE TV A FEW WEEKS AGO. I didn’t say that we actually watched it, just that we had it on the Tube. Of all the films nominated for an award I think we had seen…One. And I didn’t care for it all that much.

It is Springtime and we are hard into the Award Shows Season as well. Various Organizations and Industries are stumbling over themselves to put on a show of overwhelming Self-Congratulations. Heavy-Duty exercises are being done to facilitate better the patting of one’s own back.

I’m thinking that maybe I should create my own Awards Show.

“The Krafty’s” will be a bit low key compared to the Oscars and the other 137 Awards shows that will be on TV. I’m not going to rent a tuxedo and I will not have a long list of people to be thanked when I win. Most people I know would think I was blaming them for something rather than giving them thanks.

The Category: “Best Performance while having to deal with a contractor.”

“And the Winner is: Krafty for not going Charlie Manson while trying to get a bid on a new roof.”

“Accepting the Award for Krafty is Krafty – in place of Miss Sasheen Little Feather who was booked to appear as a presenter at the 2018 Pseudo-Ethnic Awards Show.”

Then I would step up to the podium.

“Thank you. Thank you. I am humbled by you honoring me this way. I’d like to thank my 6th grade teacher, Sister Modesta, for teaching me to cuss effectively and to avoid felony situations when there are witnesses present. I accept this award because it tells that – I like me! I really like me!” 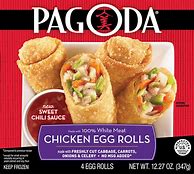 I’m sure that I will have an After Kraftys Awards Party. I do have some frozen egg rolls in the freezer. I can nuke those and pop open a can or two of Diet Orange Soda and party the night away.

If I’m going to be true to the Awards Show format I will have to myself a “Goodies Bag” filled with nifty little gifts. I’ll stop at the Dollar Store after coffee and pick up a few things. If I do it now I will forget what I bought by Show Time.

There is one thing that is de rigueur at all other Awards Shows that I will not do. I will not stand up and launch into a totally inappropriate and nonsensical political diatribe. I have standards for proper behavior. They are extremely low, but they still loom high over the Yutzes

(or is it “Yutzi”?) who feel that the world wants to hear, cares or even respects them for making inane and invariably superficial political statements. To be honest with you – Most actors I have known are dense as a brick when it comes to anything beyond counting how many lines that they have in their script. I will not tongue lash anyone. I will not make any statements that could be considered political in nature. I will be humble, well dressed in my finest Hawaiian shirt and I may close the ceremonies with a joke.

One thought on “My Very Own Award Show”