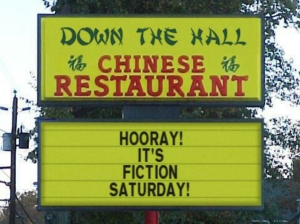 Wandering her way back into the dining room, Marlee saw John, the bearded writer from the cafe. He was sitting on the window seat engaged in an animated conversation with a woman who wore her chestnut brown hair in a ponytail. They were both eating pie. John spotted Marlee and beckoned her to join them. He stood and offered his spot next to the woman. She accepted.

“Marlee, Dawn and I were just discussing the finer points of pie.”

“Pie” said Marlee, one eyebrow arching? “I would have guessed that you would be debating James Joyce or Shakespeare. Pie surprises me.”

“Writers talk about other writers over coffee or whiskey,” said Dawn, a sly smile creeping across her face. “Over pie, however, the only topic for discussion can be pie.” There was a trace of Texas in her voice.

“You see, Marlee,” bubbled John, “Dawn here thinks that it is the crust that makes or breaks the pie experience.”

Dawn picked up on his thought.

“Yes. A great crust can carry even a mediocre filling to a higher plane, but, John, misguided Sweetheart that he is, thinks that it is the filling, be it fruit, custard or even chiffon, that elevates it from a mere dessert, to that of a world shaking ‘whoopee’.”

“Dawn and I have this same argument at every party: Crust versus Filling, Filling versus Crust.

“Marlee, please play Solomon for us. What is the answer? What makes this pie so good?”

Marlee looked at the two of them with their paper plates sagging under the weight of the still warm pie.

“I’ll have to taste the pie,” said Marlee, “To be able to give you a reasoned answer.”

Dawn and John held out their plates to her.

Marlee used Dawn’s fork to cut a bite from the moist wedge of pie.

“First, I will taste for the quality of the crust.”

Marlee made a great show of tasting the pie. It was peach. Warm and juicy, not long from the oven, this was very good pie and was making for a delicious midnight snack. She rolled her tongue over, around and through the crust, juice, and slices of soft fruit, as if she were assessing a fine wine.

“This is excellent pie,” said Marlee. “It’s still warm. Who made it?”

Dawn held up her hand, wiggling her fingers.

“Guilty,” said Dawn. “I made it. I live right next door and it’s as fresh as can be. Is that a great crust, or what?”

“It’s wonderful, maybe the best I’ve ever had,” said Marlee in true appreciation.

“Sure it is. It’s a marvelous crust. I’ll stipulate that, but take another bite and, Marlee, this time, focus on the peaches.”

Fighting back the urge to giggle, Marlee took the fork from John’s plate and repeated the tasting ritual. Dawn and John watched every move of her jaw, every smack of her lips.

“You watch, Dawn. Marlee is going to say it’s the filling.”

Marlee continued her taste test while watching these two people who obviously enjoyed each other’s company and their ongoing debate.

“Alright,” said Marlee as she licked her lips. “I’ve come to a conclusion.” She handed the plate back to John, and stood up. John sat down next to Dawn and they looked up at Marlee with excitement and anticipation in their eyes.

“In this debate about crust over filling.” Marlee paused and slowly flicked a couple of crumbs from her jacket. “I have decided that what makes this peach pie so wonderful is: the high quality of the affection of the two people sharing the pie.”

Both Dawn and John looked at Marlee quizzically and then at each other and then back at Marlee once again. Marlee dabbed at the corners of her mouth with John’s paper napkin.

“That’s my judgment, folks. I’m going to go mingle a bit. You two enjoy your pie,” Marlee said as she walked off toward the front room. As she left she heard them speaking.

“I still say it’s the filling.”

Like all house parties there is always a refuge from the noise and the crowd. After the pie debate Marlee went looking for it. A place to get some fresh air and to have a moment to herself. Several hours of bone-jarring music, out-front questionable behavior and a jaw-dropping assortment from the human zoo, had put a light glaze over Marlee’s eyes. A deep breath that wouldn’t give her a contact high was her objective.

Marlee went down the back stairs. They were crowded with people on the move and on the make. As she passed the second floor she got two offers she could easily refuse. The one from the man was just crude.

Stepping onto the small porch, Marlee joined three partygoers who were talking and sharing a joint. As soon as she came through the door one of the men offered her a hit. She declined with a smile and walked down the five wooden steps to a red brick walk.

The backyard was large by San Francisco standards. Along the eastern edge was a tangle of white and yellow rose bushes. A large Weber kettle barbeque had been fired up and two more guests were warming their hands. The fog had sifted its way through the trees and the air was biting and crisp.

Marlee could see in the spill of light from the house that there were a few people engaged in conversation or quiet romance along the fence by the garage. She didn’t want to intrude, so she followed the brick pathway until it reached the sidewalk. The street was quiet. Just the occasional car drove past. The other houses were dark. High shrubs shielded the yard from passersby and the normal tumult of the street.

Marlee heard voices from the other side of the hedge, three women’s voices. They were talking about the party and they all seemed to be trying to talk at once. This trio of voices piqued her curiosity.

Just as Marlee turned the corner around the hedges, she heard a fourth voice. It was a quartet.

It was Luco. “There are three of you and only one of….”

He saw Marlee appear out of the dark.

“Marlee, where have you been?” 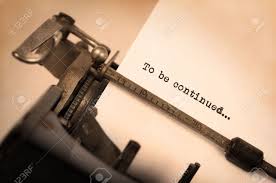