Throwback Thursday From March 2015 “Springtime On The Wabash”

“Springtime On The Wabash”

AH, THE CHIRPING OF THE BIRDS, the reappearance of the crocus, and the crack of the bat on the baseball – the true harbingers of Spring.

Easter is early this year, coming in late March. That and the fact that the local Dairy Queen has opened reassure me that life will continue.

In Meteorological terms this has been a mild winter in Terre Haute (That’s French for, “Let’s sell the snowblower.”) We have had to have our driveway cleared of snow only once. Last year it was done on a weekly basis.

The local school district called ZERO “snow days” this winter. The kids were not happy, but the parents were. Last year there was a week-long closing of the schools because of the weather.

Winter officially ends today, I think. I’m not sure. I’m not Al Roker, but its close enough. I can smell it. It smells like people fertilizing their lawns and backyard gardens. It smells like coffee being brewed down at St. Arbucks. It smells like the guy next door cleaning his goofy looking outdoor pool. It also smells like his dogs jumping into the water as he screams at them.

Wet dogs – it must be Spring.

Springtime in Terre Haute has its own special signs. The Hitchcockian flocks of crows pack their bags and head South – or North – or mainly just somewhere else. Nobody cares, as long as they go away. Their departure is followed by the widespread rental of pressure washers to clean away all of the months of crow crap left behind.

Spring in Terre Haute also brings an increase in the number of Meth labs busted by the local, state, and federal police. The addled backyard chemists open their lab windows to get some air and the stench of the Meth cooking away fills the air.

If we ever made a TV series about these fools we would give it the title, “Breaking Unbelievably Stupid.”

Springtime in the Wabash Valley – as the crows depart the college students move their drinking outside – giving a distinctive air to the sidewalks and gutters in front of those bars and taverns that fudge on checking student IDs. 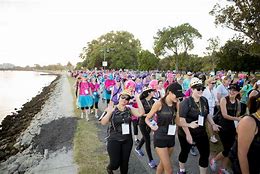 Soon the expanding number of charity “walks” will start again. They like to begin their events at the Indiana State University football stadium, which is an Adidas sneakers throw away from our driveway. The well-meaning walkers will stop at the nearby St. Arbucks on their way to the stadium, and again on their way back. Caffeine helps them finish the course, and it’s not as fattening. It won’t be long until St. Arbucks will be wall to wall Spandex every Saturday.

Great chevrons in the sky are the Canadian geese heading back north, while the local Snowbirds are coming back from their winter grounds in Florida. Both groups tend to honk a lot in traffic.

Yes, it is Springtime in the Midwest – a time when we residents can relax and catch our breath now that the danger of blizzards has passed. Now we can start worrying about floods and tornados. If it’s not one thing, it’s another.

I think I’ll go get another coffee. Amen.