This piece was originally created as a performance piece. It was presented on several stages in the San Francisco Bay Area. Try to imagine it that way. 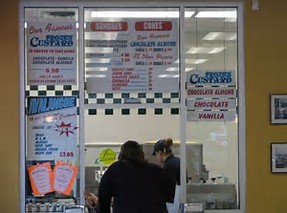 They found a spot near the rear of the lot and backed in so that they could survey the scene. Moments after they pulled in, a group of about four or five boys wearing jackets sporting large orange appliqué footballs and high school letters, swaggered up to the car, smelling of “Wild Irish Rose” and telegraphing danger like a gun that wants to go off.

“Just great, Tony.  Hey, check out what we got in the back seat.”

The biggest of the jacketed boys leaned through the window.  Charlie lifted his bottle in a toast of greeting.

“Whatcha gonna do with him?” whispered one of the other jacketed boys.

“I got some ideas… stay close”, said the driver.

The jackets left but Charlie didn’t notice the leaving, only his empty bottle of Iron City.  After a moment of quietly scanning the scene the boy in the driver’s seat turned and faced Charlie.

Charlie said nothing out loud, but his eyes said that Hank’s ­was­ “neat”, the neatest spot on the face of the Earth.

While one of the boys went for the food Charlie settled back in his seat and watched the neon lit world of “Hank’s” revolve around him.  In silence, they all watched the mating dance of teenage America play out in front of them.

After a minute, the 17 year old spoke again.

“Yeah, Charlie, there’s one chick down there who’d really like to meet you.  Little brunette. You can see her from here.  The last window on the right, see her?  The one with the ponytail just giving that kid in the green jacket his food and shit?  See her, Charlie, see her?”

“Yeah, I see her”, said Charlie, wishing he really believed that it ­was­ true.  Wishing that the pretty girl with the quick smile and smooth skin really did want to meet him.  To sit and talk with him.

“Give me another one of your goddam beers, kid.”

When the boy returned with a tray overflowing with the hot, greasy food and sweating drink containers everyone in the car grabbed and began to eat.  As Charlie reached forward for his onion rings the 17 year old stuck out his hand and bumped Charlie’s arm.  The onion rings flew out the window and onto the dusty blacktop.

“Damn it, that’s the only thing I really wanted.  Go get me some more.”

“Then I guess you’re shit out of luck.  No onion rings, no girl and no face, Charlie.”

The boys laughed and Charlie sank down in the seat and took another pull on his beer.

“All I wanted was some goddam onion rings.”

“Shut up and have a French Fry”, shot back the boy, throwing a piece of potato over his shoulder, hitting Charlie in the forehead.  Charlie punched the back of the headrest, jolting the boy and making him spill his drink.

The boy threw his food out of the window, got out of the car and opened the back door.

“If you want to go home you can walk or maybe that little brunette down there can take you. Now, get out of my car.”

He reached in, grabbed Charlie by the sleeve and dragged him out onto the ground.

“You goddam freak!”, he screamed and punched Charlie in the ribs.

Kids from the other cars heard the yelling and looked over.

Charlie struggled to get to his feet.  The boy pushed him away from the car, then jumped into the front seat and started the engine.  As the car shot out of the parking space, leaving Charlie scrambling on all fours, the boy hit the horn and yelled.

Charlie hunched over, hiding behind his hands.

Before he saw it, a circle had formed, trapping him.

Some of them laughed.  One girl screamed and hugged her boy friend.

“Whatcha doin’ ­here­, Charlie?  This place is for people.”

Someone threw a half eaten hamburger at him.

An Orange drink splashed on the ground next to him.

A Coke.  The laughter grew.

As he looked up at the ring of smooth young faces around him he could see in their eyes a mixture of fear, hatred, and the cool, dispassionate superiority of unbloodied youth.

From behind the crowd a sound started, low, almost a moan, that grew sharply into a siren’s wail.  Then a voice.

It cut through the laughter like a tangible proof.

The siren continued to howl, getting nearer.

The order was obeyed.

It was Sluggo and Peeto.

As Sluggo stepped forward into a command position, Peeto, the siren, coughed to a stop. They came up to the Myth made Man who was on his knees, his arms up like boxer in trouble. Sluggo got down next to him and spoke softly.

“Lloyd, what happened?  What are you doing here?”

“Lloyd, why did you come here, and with ­them?”

“All I wanted was some goddam onion rings.”

He used Sluggo for support and stood up straight and looked coldly at the people gathered around him.  There was nobody laughing anymore.

And now, I’m going to get something to eat because I am starved.”

He started to walk, shakily, toward the brightly lit building in the center of the parking lot, Sluggo and Peeto two steps behind.  As he went the crowd parted like a wave in front of him.

From thirty feet overhead the hot white beams of the floodlights illuminated the parking lot like a corrida. The circling crowd watched, trying to decide if they were looking at the matador or the bull.

Sluggo and Peeto kept the people from getting too close.  They didn’t know, for sure, themselves, who was walking in front of them.

“I’M GETTING CLOSER.  Is all of this real?  Am I really here or is this just another nightmare?”

“I’M GETTING CLOSER. The cars, the girls.  Nobody eats dogs.”

“Miss, I would like an order of onion rings, please.”

The sixteen year old girl with the ponytail stood wide-eyed behind the counter, peering through the screen.

“Holy Jesus”, she whispered.  “I’ve always wanted to meet you.” 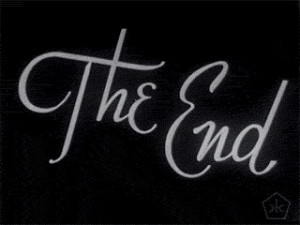