Throwback Thursday from Nov. 2015 – There Is Music In The Air

There Is Music In The Air 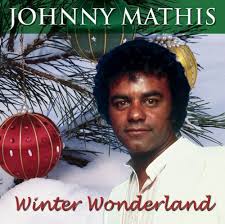 SOMETIMES I THINK THAT HEARSAY IS BETTER than actually being a witness to something. A couple of nights ago was one of those times.

Now, I want to put a Caveat, with a capital C, in play here. The following anecdote was told to me by one of the notorious Usual Suspects. For that reason alone I take it all with a fifty pound salt lick. A grain of salt is just not enough.

Yesterday morning, when I went down to St. Arbucks for a gallon or two of coffee, I was met by a collection of the Usual Suspects who were allowed out unsupervised. And I made the mistake of asking, “What’s new?”

Suspect #1 spoke up, saying that he had been shopping at the Kroger’s Supermarket the evening before at about 8 P.M. so he could find some bargains and/or rain checks. He is a financial wizard.

While prowling through the store he witnessed a disturbance near the front of the store. On the pathway toward the checkout area is where one can find bins filled with CDs and DVDs at bargain prices. This time of year it is mainly Christmas music and warmed over Hallmark Channel movies mixed in with a few oldies that are in the Public Domain.

Our Suspect #1 was nearby and saw a youngish man going through the CDs and DVDs, opening the boxes, taking out the shiny discs, and then snapping them in half and flinging the pieces into the air with great glee – all the while yelling incoherently.

It sounds like the Holiday Season has arrived in Terre Haute (That’s French for, “I don’t want a colorized version of ‘It’s a Wonderful Life,’ dammit”).

Behavior such as this young man was exhibiting in Kroger’s would indicate to me that one or more of several things were going on in his mind.

His meds were either wearing off or just kicking in.

His meds were accidentally left behind on his home planet.

He had convinced his Meth dealer to take a check.

He was the new film critic for the local newspaper.

(Personally, I doubt that this last one was it because the only film reviews they do are of the occasional student film that was created by the offspring of somebody who buys a lot of ad space, and you won’t find any DVDs of those in the Kroger’s Bargain Bin.)

When I used to live on The Left Coast events like this one were not at all unusual in the Supermarkets – especially after dark. I think the moon may have some effect on those who are pharmaceutically enhanced.

I once visited a now defunct market late one Saturday night. I ended up in the checkout line behind a guy who was deep in the throes of the Midnight Munchies. As his desperately needed supply of Ruffles, Little Debbie Cakes, and Pickle Loaf moved down the conveyor belt something either very good or very bad happened and he passed out and hit the moving belt with his face. The clerk didn’t miss a beat as she rang up his purchases. When she got to his head she stopped, bent over and asked him, “Paper or Plastic?” That was enough to rouse him.

Usual Suspect #1’s story about his visit to Kroger’s brought back that old memory to me from long ago, in a galaxy far, far away.

Suspect #1 finished his story telling us that it ended as it had to end – the Terre Haute Police came and escorted the disgruntled shopper from the store. I’m sure that, when the officers wrote up their report it carried the Code “5150” – Involuntary Psychiatric Hold.

Some things you just know are going to happen.

It is episodes such as this that have me doing our shopping no later than 6 P.M. unless it is an emergency pizza and soda run. I’ve seen too much, stepped over too many people slumped in the checkout line, and ducked too often to avoid flying pieces of the Johnny Mathis Christmas Album.

I can handle another, “Do You Hear What I Hear?” but I dread hearing someone again saying, “Are you seeing what I’m seeing?”

4 thoughts on “Throwback Thursday from Nov. 2015 – There Is Music In The Air”