I HAVE A FRIEND IN CALIFORNIA. Actually I have more than one, but the one I’m thinking of lives and works north of San Francisco smack in the middle of the area recently hit with terrible wildfires. He and his family were evacuated as the flames moved close to their home.

I cannot imagine how that must feel – to walk out of your home, leaving everything behind. It must be humbling at the very least.

My friend said that he and his wife took their photo albums, personal and irreplaceable mementos, and whatever else they could fit into the back of the pickup truck.

Thinking of them made me look around at all of our stuff. What would I choose to toss into the car before racing to escape the flames? The only “things” that I feel strongly about are photos of family and friends. After that I would grab my little computer and my Starbucks card. That’s really about it.

I do have a decent pile of mementos from my days (and too many nights) on stage. There are scripts, programs, newspaper clippings, etc. in boxes piled in the corner. If I was to sit down and go through all of those things I would just think about those people and events, but I do 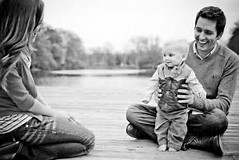 that anyway. I really don’t need all of those things to do that. I haven’t looked in those boxes in years. Those bits of paper mean nothing to anyone else. Over the years I have left behind a ton of things here and there as I’ve moved back and forth across the country. I still have the memories. I don’t need the pieces of paper. If and when my memory erodes all of those memories will become meaningless to me and everyone else.

I’d take the photos of people because they deserve to be remembered. After that – it is all just more stuff

Some people would try to fill up a moving van even as the flames are licking at the back door. That’s not me. I’ve always felt that there must be some Gypsy blood flowing through my veins. I’ve never been attached to places. People – Yes, Places – No. It’s the people caught on paper I would try to save.

My friend in Northern California? After a day or so he and his wife were permitted back into their neighborhood. All is well. Both the home and his place of business are still there and intact, but the air is as thick as peanut butter with smoke and ash. Their things and their memories are safe. The fires did come very close to their home and it will take a long time before life in that area will be able to return to normal.

There is speculation that the wildfires in that part of California were started by meteorites. I’ve never heard of that before, but I learned long ago to accept that there is a first time for everything. 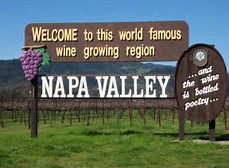