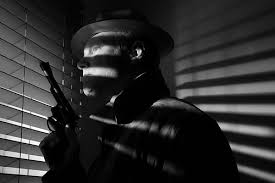 Things were going sour. Guns were out and something ugly was bound to happen. I left my observation post and quickly headed back toward the door. I drew my .38 and checked the wheel for a full load.

Inside the door it was dark, but there was light pouring out at the end of the hallway. I tried to get closer as quickly and quietly as I could. I didn’t see the toolbox on the floor until I kicked it. Before I got my footing Regis was standing two feet in front of me with the dirty semi-automatic pointed at my forehead.

He marched me the rest of the way down the hall and into the light.

“Forty Ounce” looked at me, but spoke to Sunny Boggs.

“I thought I told you to come alone? Can’t you follow a simple command?”

“I didn’t know he was here. I swear it. I fired him.” Her voice sounded panicky. Instead of being the hero here I was the fifth wheel, and I was flat now that Regis had my .38 in his left hand. “Forty Ounce” looked at me like I had just ruined his day. Well, mine wasn’t going too great either.

Everybody was just looking at each other waiting to see who would make the first move. It was Sunny Boggs.

“‘Peaches, up!’” The dog responded immediately and waited for her next command.

“Forty Ounce” raised his hand. “Not so fast, little lady. Do you think I’ve been taking care of your mutt for just a lousy fifteen grand? The dog was just the bait to lure you here. You are the real prize. You’re not going anywhere until your hubby comes across with the big bucks. Two million sounds like a nice figure, don’t you think? Regis, how does that sound to you?”

Nobody asked me anything. It looked like I was going to be an afterthought.

Sunny Boggs started to laugh. I didn’t expect that.

“Forty Ounce” was turning red. “I don’t believe you! I read in the paper that he was getting twenty million to build a Mall or something outside of town!” He was almost screaming, waving his arms, and yanking on “Peaches’” leash. Regis was watching “Forty Ounce” and not me.

“Forty Ounce” chuckled. “Well, frankly, Dearie, I don’t see how you can stop me.”

“I have the rest of the money here for you, boys. I advise you to take it and leave.”

“Rubbish! I think we’ll wait until we have the two million.

“Well, here’s the rest of what you have coming,” she said as she bent over and reached into her bag.

When her hand came out of her bag, instead of another bundle of bills, there was a shiny 9mm handgun in it instead of cash. She pointed it at Regis who froze like Lot’s Wife. I don’t think he’d ever looked at a gun from that perspective before.

In a voice as calm and cold as I’d ever heard, the lady with the large weapon, looking “Forty

Ounce” in his eyes,  said only three words – “Peaches, Sweetie – Kill.” In a flash the dog was all over “Forty Ounce,” and before he could even scream or lift his arms “Peaches” had him by the throat.

Regis froze in shock and, then rather than fight me for the guns he handed them both to me and headed for the door as fast as his arthritic kneecaps could carry him.

“‘Peaches.’” The dog let go of “Forty Ounce” and looked at Sunny Boggs, blood dripping from his furry chin. She waved her hand at the fleeing Regis. “Kill.” Within seconds we could hear Regis as he stumbled over the toolbox in the hallway. He let out a muffled scream, then nothing. I wondered if I was next.

“Relax, she said with a smile. “I’m not too happy with you, but your heart was in the right place coming here tonight.” She pointed at the bundle of cash on the floor. Regis had dropped it on his way out of the door, or his attempt anyway. “Take that money and forget what you saw here.” “Peaches” trotted back into the room He looked at me and then at his Mistress. She smiled at me, made a soft clicking sound, and Peaches crossed the room, sitting next to Sunny, resting his bloody chin on her knee. She didn’t seem to care.

I asked her why she had trained her dog to be a killer?

“’Peaches?’  He’s cheaper than a divorce lawyer. If my husband’s business starts to really fall apart I’m not going to be left penniless. Been there, done that, never going back.”

Morally questionable, but hard to argue with, economically speaking.

She scratched the dog under the chin. “But back to the matters at hand. It’ll be a week before these two stink enough to be found,” she said. “By then the valet out there will be driving across country in his new car. I’ll see to that. Me?  I’ll be in Cancun working on my tan, and you…? Where will you be?”

That was a good question.

“I think I’ll be interviewing accountants who can help me straighten out my taxes.” 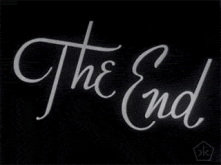