The address was in a part of town where I didn’t go very often. I’m just not comfortable going places where there are steel security gates and armed guards. I’m never quite certain if they are there to keep people out or in.

When I pulled my car up to their Checkpoint Charlie a uniformed guard carrying a clipboard stepped out of a little stucco shelter. She was a real beauty. She looked like her last job had been as a guard in a women’s prison. She jotted down my plate number and mimed for me to roll down my window. I bet myself a beer that she had an accent.

“Guten Abend, Sir.” I won myself a beer.

When I told her who I was there to see and showed her my I.D. she gave me a half-hearted salute and waved me through. I bet myself another beer that I could have gotten a full salute, complete with a heel click, if I’d been driving a Mercedes.

If there was ever a job that I’d never hire myself out for, no matter how hungry I got, it would be to act as somebody’s butler. I don’t do well taking orders from anyone. That’s part of why I’m no longer a cop or married. So when a guy in a monkey suit answered the front door I just knew that it wasn’t his door. And he knew that I knew it. Neither of us looked all that comfortable.

I told him I was there to see his lady boss. I don’t think he liked the way I said that, but he was a good little flunky and let me in. The redhead with all the money and the legs was in the room the butler called “The Library.” There were a lot of books in there, but I wasn’t there to read. Looking at me, Sunny Boggs told her flunky to fetch us a couple of drinks. Hers came in a crystal glass. Mine came in a mug. By the way she spoke to him, “Judah,” she called him; I could tell she probably liked her dogs better.

She took a polite sip of her whatever it was and asked me for an update on my search for “Peaches.” I still had foam on my lip.

“Have you found him yet? “ She asked me that less than eight hours after walking into my office. ‘Impatient little checkbook,’ I thought.

Four questions in less than five seconds. The more time I was spending with her the more I was 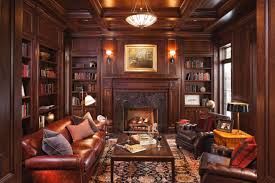 imagining impolite things. I answered her questions in reverse order. Three “I don’t knows,” and one plain “No,” and then I took a long, slow pull on my beer. She didn’t seem to like my answers.

“That’s not acceptable. People said you were a good detective. I’m beginning to harbor some doubts about that.”

I couldn’t help it. I laughed out loud at her attitude. While she steamed I turned to Judah, the butler, and asked him for another beer. He grinned and gave me a thumbs up as he started for the door.

“I’m sorry if I was short with you. Please forgive me,” she said with half a cup of artificial sweetener all over it and then snapped at Judah to bring back some cookies along with my beer. She turned it off and on like a hot water tap.

I put down my mug and then gave her a real update for her four hundred dollars. I told her what information I had bought from my new friend at the Dog Pound. She didn’t like it when I advised her that if she hadn’t gotten a ransom note by now chances are she never would – that whoever snatched her dog wanted the dog and not her money. Facts are facts. Reality is reality – and they are both subject to change.

The way she reacted you would have thought I’d said that her “Peaches” had been taken to Tijuana, painted with zebra stripes and was now part of a nasty nightclub act. I didn’t really know. It could be, I suppose.

“I want you to keep looking. I don’t care what it costs. I want my ‘Peaches’ home with me. I need him.”

The drive back to my side of town was uncomfortable. The $500 in cash that she handed me made my wallet feel like I had a box turtle in my pants pocket.

I went back to my office. The IRS audit was tomorrow and I had to get my paperwork together. “Peaches” could wait. He could have been out there having the time of his life; running until he dropped, chasing Chihuahuas, and making puppies. I figured a couple of days being a Dog and not just an ornament wouldn’t hurt him. And if I wasn’t ready for my audit I might be out there hanging with “Peaches.”

“Thank you for coming in today so we can go over some of your previous tax returns.” Like I had a choice.  I nodded, but kept my mouth shut.

“I hope that you’ve brought in the records that we requested.” I nodded again.

“I see that you have two shopping bags with you. What’s in them?

I explained that the bags were my records. He nodded. I gave him the five cent tour. Each bag held six months worth of last year’s paperwork. The farther back in the year you want to go, the deeper into the bag you go. Simple, right?

The audit went better than I had expected. Twenty minutes and I was out of there.

I suppose I could have taken a short vacation to Vegas and report back that I wasn’t any closer to finding her evil looking mutt, but I am plagued with some inconvenient scruples. That dog might be anywhere, Tijuana or the Vatican, but unless he could learn to dial a telephone and call me, I doubted that I’d ever locate him.

I was able to pay a few more bills and square my tab with two of my favorite pubs. I had realistic priorities.

The morning after my meet and eat with Sunny Boggs I got a call, a message really, from the creep at the Dog Pound. He had something to show me, he said. That could be good or it could be taking me down the wrong street altogether.

As it turned out it was a little bit of both.

I drove back by the Pound. The lovely Regis was on duty behind the reception desk.

“I been askin’ around about your missing Dobey, but subtle like and I met a guy who knew a guy.”

I offered him a couple of smokes – one for now, one for later, and he began to fill in the blanks.

“I told a few people about you looking for a snatched Dobey and they pointed me to “Forty Ounce.” Why, I don’t know. I don’t know him. He don’t know me. The guy told me to ‘Let the nosy detective know.’ That’s you, right? Then he gives me a fifty dollar bill. He called it a ‘finder’s fee.’ Go figure, I ain’t found nothing other than him.”

Regis, the retired dognapper, working at the pound, had given me a bit of a name to follow up on. “Forty Ounce” was all the man was known by and he hung out at a joint on the edge of downtown – an area filled with transient hotels, hard drinking bars, and very few straight answers. And he, it seemed, had “Peaches.”

“Forty Ounce” was not an easy person to locate. He liked to move from barstool to barstool and when I did finally sit down next to him I realized that I’d seen him three times already. I was looking for him, but he had been watching me.

“Well, Mr. Detective Man, I hear you’ve been looking for me. Curious about a dog, are we? You look more like a Poodle man to me rather than a Doberman sort.” 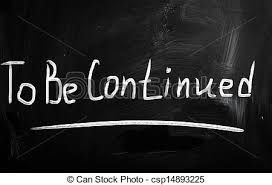