This Has Not Been A Good Week 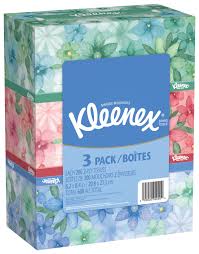 I HAB A CODE IN MY NODE.

About three days ago I sneezed and I said to myself, “Uh, oh. That was no ordinary sneeze. That felt like a head cold type of sneeze. I was right. The next morning I woke up with my first real nasty head cold in a couple of years.

It has been at least two years, maybe more, since I’ve had to deal with the aches and pains, sneezes, and all of the other fun symptoms of your garden variety head cold. I guess my lucky streak was over.

I knew it wasn’t the Flu or Ebola or anything serious. There isn’t any major coughing, or tummy trouble or bleeding from all body orifices – just the usual yucky stuff.

I’m telling you now – buy stock in the folks who make Kleenex because I am going through it as a vicious clip. I am burning through those tissues faster than Rosie O’Donnell at the Caesar’s Palace Buffet line.

Why is it that I can blow my nose, bringing forth gallons of storm drainage, stop when I am dry, and then have to start over again thirty seconds later? My sinuses are producing their gunk faster than Lay’s cranks out potato chips. My nose is already as red as a field full of tomatoes. I am miserable.

I am not a good patient.

My wife, the lovely and ever-caring, Dawn, has learned that, when I am ill, the best treatment is to put me in a dark room, throw a blanket over my head, and close the door. She will check on me every few hours to make sure that I haven’t kicked the bucket, throw in some toast and orange juice, and then close the door again. I don’t need doting.

For the first full day of my isolation I am incapable of anything more complex than bodily evacuation. Everything in my body is jumping ship. I wish I could go along, except right now I don’t want to be with me either.

It is during these hours that my mind formulates my detailed plans for world domination and the eradication of all the planet’s wrongs – starting with the person who gave me this cold, and swiftly followed by the end of the Designated Hitter rule in baseball. After that it’s Network Television.

By day three I am beginning to feel a little bit better. By a “Little bit better” I mean it’s like getting an upgrade to a suite on the Titanic. I’m still living in my cave and surviving on Tea, Toast, OJ, and the occasional Tootsie Pop. The Tootsie Pop is just to reassure myself that my taste buds have survived. I am no longer a civilized person. My idea of personal hygiene has descended to opening a fresh box of Kleenex. I am a Free Range Human.

Eventually my immune system starts up again and begins producing antibodies. The Niagara in my nose begins to run dry and my tongue no longer feels like it is wearing a blue serge suit. More importantly, I am able to tolerate human companionship.

I reassure my loving wife that I am no longer living on the Island of Dr. Moreau, and my survival is a safe bet.

In time I am feeling well enough to pick up a pen. For the first few pages everything I put down looks like the EKG of a dying Game Show Host – nonstop and incoherent.

I am hoping that this head cold, as it fades, will leave behind enough immunity to prevent any

encores. I don’t like being sick like this. If an illness is going to kill me then get on with it, but don’t waste time dragging me through a sea of mucous and sinus ugliness, making my head feel like a seedless watermelon.

Healing is happening. I am hungry for the first time in days. The trick is – what can I eat that my innards will tolerate without going Karakatoa on me. I’ve narrowed it down to either some hot soup or some plain white rice. Either of which should rest easy in my tummy. The problem is that a craving is coming up on the outside and closing fast. A Whopper and Fries are calling my name. Not good, but most definitely, yummy.

I opted for the soup.

Now, from the perspective of an entire week lost to illness, I know that I will carry on and prosper – unless my lovely and sneezing wife, Dawn, does not kill me.

I have given her my head cold.

4 thoughts on “This Has Not Been A Good Week”