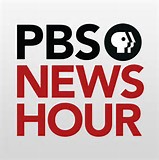 THERE IS NEWS…AND THEN THERE IS NEWS.  The following doesn’t really qualify as any kind of news above a 7 pt. font.

How’s that for a headline?

This thunderbolt of journalism comes about as result of a study published in a journal called “Frontiers in Zoology” – not an item currently found on our coffee table.

The study says, and I quote – “After examining 70 dogs – made up of 37 breeds – over two years, 1,893 defecations and 5,582 urinations,” (That sounds like a typical weekend in any college fraternity house.) “Researchers found that…dogs preferred to excrete with the body aligned along the North-South axis.”

Really? The PBS NewsHour did not say where the study was conducted. It could have been in our front yard. But, that’s just my opinion. One thing I’m sure of though is that somewhere there are the parents of the “scientists” involved who are shaking their heads and saying, “For this I sent you to college?”

Now, I don’t know for sure, but I suspect, that hidden deep within the Scientific World there are students taking courses in “How to get money for pointless studies.” With all of the real needs, deficiencies, and woes in the world these highly educated folks decided to study dog poo and how it gets to where it gets – Cosmologically speaking.

Famine? Death? Pestilence? War? “Nah, I think I’ll spend the next two years studying dog poo. I bet I can get some grant funding for this.”

After studying those 70 dogs and their “product” I wonder if they cleaned up after themselves – or did they leave that to a bunch of undergrad students who have dreams of their own piles of grant money in the future?

I wonder what possessed the Top Dog, so to speak, in this study to devote themselves to this field, or front yard. Did they think that this whole “alignment with the Earth’s magnetic field” has some significance beyond just some dogs who like to poo in a straight line? Is there meaning to it all? Are the dogs sending out a message to other dogs?

“These scientists have Snausages! Pass the word!”

Perhaps the dogs were doing all of this as part of a study they were conducting. “Humans become fascinated with dog poo if it is dropped in a straight line.” Some Cocker Spaniel probably got a grant somewhere to run that study. Who is studying who here? It is like looking out of your window only to see your neighbor looking back at you. Who is the Peeker and who is the Peekee?  Maybe it’s the Pekingese.

I started writing this the other day, but then I stopped to do a little ad hoc study of my own. I watched the two dogs next door. I kept my eyes on them, took notes, and after lunch I arrived at my scientific truth: Those two mutts not only don’t poo along magnetic lines, they don’t even always wait until they are off of the neighbor’s deck.

If a similar study was conducted using cats I’m sure that it would find that the cats would ignore the magnetic fields and poo along lines where they figured you would walk barefoot heading to your bathroom in the night.

2 thoughts on “Blinded By Science!”