In the darkroom at Ernesto Molina’s photography studio a new person was being born. Years of experience in creating false documents for many of the Earth’s most dangerous people had made Molina a very wealthy man. His home was an opulent, yet tastefully decorated, house by the ocean, near Rosarita Beach. This cheap-looking studio was a place to do his work undisturbed. He owned the building.

The office of the lawyer across the hall was actually his warehouse. The lawyer didn’t exist. Behind the frosted glass door of Geronimo Morey’s office sat two banks of file cabinets holding

blank passports, driver’s licenses, birth certificates and other official-looking documents, just waiting for Molina to bring them to life.

Molina was respected in his dubious circles, not only for his artistry, but also for his priest-like discretion. If he had not kept confidence with his clientele two things would have happened: his income would have disappeared along with a major portion of his skull. There was no place in this line of work for a good conversationalist. Molina let the quality of his work speak for him.

Over the years he had prepared documentation for many people, but very few of them were women, and even fewer were women so delicious to his eyes as his current client.

He knew who she was. He read the San Diego papers. But, it wasn’t important to him. She had shown him that she was sufficiently connected to find him and that she had the cash. That was all that mattered.

Molina didn’t know her male companion. He was not a professional. That was obvious. It was also obvious that they were a team. She was the brains, but the man was the muscle. They protected each other.

The Señorita was going to receive a full portfolio, the usual driver’s license, passport, and a prepaid Visa card. There would also be local versions of those items that are found in most

purses and wallets: an LA Public Library card, a PBS membership card, AAA auto club, and a member’s loyalty card from the Safeway supermarket chain. They were all fakes and wouldn’t hold up if she tried to use them, but they would provide texture for the new identity.

The U.S. passport and the California driver’s license, however, would look as real as if they had been issued by the government, because they would be. They would be fake, but real.

Governmental corruption runs deep at all levels and computer links and passwords can be bought for a surprisingly modest amount. They are often available for less than the price of a good meal from Wolfgang Puck.

As soon as Laura and Davis left his studio, Molina sat down at the Toshiba computer in the lawyer’s office. He connected into supposedly secure databases in Sacramento and at the State Department in Washington D.C. Ninety seconds later, he was looking at the vital statistics on all eight Laura Lovejoys who held valid California driver’s licenses and on the three who had U.S. Passports. Shortly they would be joined by a new person of the same name. Her passport would be completely legitimate and would pass any inspection. A similar foray into the computers at a large credit reporting company helped Molina to produce a perfectly usable Visa card with the account number of the one nestled in the folder on his desk. His beautiful client was becoming Mrs. Laura Lovejoy of Hollywood, California.

“I think I’ll use the Señorita’s money toward getting a new Aston-Martin,” he thought out loud. “This is almost too easy.”

After the phone call to her father Laura wandered the crowded streets of Tijuana thinking about her questionable past and her uncertain present. The future, beyond the next few hours, was too much to deal with.

As she stood at an intersection waiting for the green light, a Mexican Indian woman,  who was 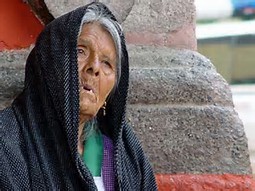 sitting on the sidewalk begging, made eye contact with her. She looked up at Laura with a dark gaze that seemed composed of equal parts confusion, envy, and hopelessness. Laura moved over to where she was seated and handed her fifty dollars. It was the first act of kindness the small, desperately poor woman had seen in too long.

She smiled up at Laura and spoke in English wrapped in the thick accent of her native Mayan tongue.

“Thank you, Señorita. Trust no one in this city. They will steal your soul and give you someone else’s.”

“Well, now what?” said Davis. “This really screws things up.”

The cab maneuvered through the chaotic traffic of the tourist areas of Tijuana. Tomás made it look simple. He looked at Davis in the mirror, sitting glumly in the back seat.

“Señor, if I may. I have been in this city a long time, too long perhaps. But, I can see that you and the Señorita are good people and, excuse me, into some very deep guano here. If I can help in any way….”

“Thank you, my friend. If you could, you might be saving our lives, and I mean that. Let’s go back to Molina’s and pick up the lady. We need to talk. This mess at the border changes everything.”