Even in a world with very few Monarchs who are anything more than figureheads being a King still sounds like a good job. The days have passed when mobs of peasants used to storm the Palace with torches and pitchforks. Very few people have pitchforks anymore and I don’t recall ever seeing anyone carrying a real, honest to goodness torch. Yes, I think that might be the job for me – “King Krafty.” That has a nice ring to it.

There are only a couple of obstacles in my way.

Finding a job opening. I’ve never seen an ad in the classified saying:

“Wanted – one King. No experience necessary.

Must be comfortable with subjects bowing and scraping in your presence. $10/hr to start.”

I thought I saw one in the Terre Haute (That’s French for, “I need a new crown.”) newspaper just the other day, but it turned out that they were looking for a new manager at Burger King. The old manager was stabbed with a Spork and started a grease fire.

The only other thing standing in my way is finding a country that doesn’t have a King, but might be amenable to taking one on.

I’m not giving up. Being King is the perfect spot for a man my age. Throne sitting, Dubbing new Knights, and occasionally issuing edicts. I can do that stuff in my sleep.

Failing to find any immediate opening or even as a Trainee aka Prince, I have been doing some heavy duty research and I think I may have found my pathway to becoming a “Your Highness.”

If you can’t find a Kingdom – make one! And I have found the perfect spot to set up Palace-keeping – “Bir Tawil.” 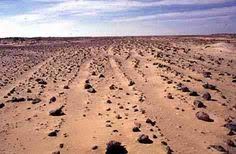 “Wazzat?” I heard you mutter. I admit that it looks like a clue in today’s “Jumble” puzzle in the newspaper, but “No!” Bir Tawil is where I will establish my Kingdom.

Bir Tawil (That’s French for “Terre Haute.”) has several things going for it. It is only about 795 square miles, a little smaller than Jacksonville, Florida. That is a manageable size for a Kingdom. There are no remote areas where malcontents might grumble and plot against the throne.

Another asset is that no one lives there. No one. Nadie, Zip, Squat, and Nobody and their Cousin. When I go there I will not only be the King, but also an instant majority no matter how you slice it.

Finally, The Biggie – Bir Tawil is one of only two places on earth that are not under the control of one government or another. It is just waiting to be taken, settled, and loved. A lot like Lindsey Lohan in that respect.

The other available place is a huge tract of ice in Antarctica. The average temperature there is 14 degrees Fahrenheit – in summer. No thank you, I’ll pass.

If you get yourself a really good atlas you can find Bir Tawil on the map, wedged in between Egypt and Sudan. There it is, all alone, by itself and up for grabs and I am the Grabber.

I do admit that there are also a few itsy-bitsy obstacles as well. Namely, two other guys are also trying to claim my Kingdom. One of them is a college student. All I have to do is wave a pizza in his face and he’ll go away.

The other is some dude from Virginia who says he wants Bir Tawil so his 7 year old daughter can be a Princess. Balderdash, I say.  What with the congested highways around where he lives he’d be lucky to get to the airport and get his “Princess” to Africa before she reaches 21.

Planting a flag (which I need to design) in the dust (sand) of Bir Tawil is not enough to make a legal claim of Sovereignty. There is a bunch of papers to be filled 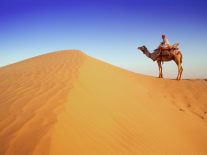 View of the beach with our Cabana Boy, Paulo.

out, in triplicate and other stuff. Tomorrow I will see my lawyer, Mr. O. K. Tsosumi. He represented me in my unsuccessful efforts to be accepted as a long lost member of the Kraft Cheese family. I’m still bitter about that, but “Que Sera, Sera.”

I will also be to apply for membership at the United Nations and then ask for Foreign Aid from Washington. With that I can begin construction on my Capitol City, “Kraftyville,” and my International Airport/Golf Resort/Duty Free Liquor Store.

So I urge you to start making your vacation plans. This year you can go to Orlando, but it won’t be long until you and the family can kick back on the endless beaches of the Independent Kingdom of Kraftiana.

“Bring a coffee and no passport is needed.” 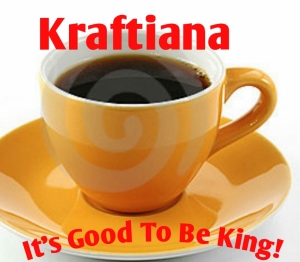