TODAY IS THE LAST DAY OF FEBRUARY – at least I think it is – let me check.

Right! Today is definitely the last day of February which means very little unless you were born on February 29th. But it is still winter.

I know. I know, but you’re wrong. This is not going to be another of my diatribes against snow and cold. No. This is going to be a scholarly discourse on why the Calendar needs adjustment and realignment.

The standard accepted Calendar is a mess. Some months are 30 days long, others are 31, and then there is February which has 28 days EXCEPT every four years when they throw in an extra day so it is 29 days long.

The Solar Year is about 365 days long – about, but not quite, and there is nothing short of an expensive Science Fiction movie that can do anything to make it more exact. For purposes of this discussion I will conveniently ignore that.

Part of the disparity and irregularity in our Calendar is the fault of the Roman Empire. Going back a couple of thousand years, plus a few more, much of the world had to deal with Roman E 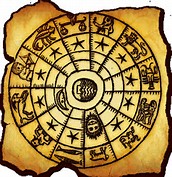 mperors who had grown to believe their own hype. They thought that just because they had sliced and diced their competition to become Emperor that they must be Divine. They were not. They were luckier and sneakier than the other guys vying for the job. That’s all. It was like an open casting call in Hollywood today. I mean, would you consider Jeff Bridges to be Divine simply because he gets to be in a movie every few years? No. I would consider him fortunate, putting up his own money, to appear in any film not done with Closed Circuit Cameras.

These Roman Emperors, believing sincerely in their own Divinity, could not buy a Ferrari or beach house in Malibu, so they decided to tinker with the Calendar so they could have their very own months. That’s nerve. All they accomplished was to really screw things up.

In the Roman Calendar at that time there were only ten months in the year, some of which were named after some truly iffy gods.

Example: January was named after Janus the god of Beginnings. March named for the god of War, Mars. February got wedged in there named for Februa – a Feast of Purification. Coming as it does right after the New Year I think that “Purification” had more to do with “Hangovers.”

As their year progressed they ran out of suitable gods to use for naming. By the time September came along and the kids went back to school they got more practical. September = 7th month, October = 8th month, November = 9th month, and December = 10th month.

Ten months, nice and simple, in line with “A count of ten and you’re knocked out,” “10 for $10” at Kroger, and the Dewey Decimal System. It worked, but the Super-Egos had to screw up everything.

The time – 44 B.C. – and Emperor Julius Caesar was feeling his oats and proclaimed that

“From now on there will be another month stuck in between June and September and it will be called, Oh, I don’t know, something catchy. I’ve got it! Let’s call it ‘July’ – after me! Is that a good idea, Romans?”

“Yes, Boss, good idea. It has a nice ring to it; now excuse us while we go sharpen our knives.”

For a few decades they had 11 months. Can you imagine a better way to foul up everything? I can.

In 8 B.C. the Emperor Augustus, the adopted son of Julius, decided to pull the same stunt and, Ipso Presto, another month joined the lineup – August. Now there were 12 months and none of the names from September on made any sense at all.

Did you notice that those two bozos put their months in during the time of the year with the best weather? Who would want your very own month to be when you’d have to spend half of your time digging your chariot out of the snow?

My point in all of this being that if Julius and Augustus had some medication to help with their delusions of Divinity we might not have to deal with this February 28th or 29th silliness and our Calendar would be much simpler. Unfortunately, I’m never consulted in such matters. I feel that I should be, but as they used to say in the old days, “Non sum qualus, eram sub regno, boni sinatra.”

2 thoughts on “What’s Done Is Done”