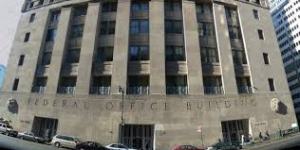 “Okay,” announced Agent Paxton, “It runs tomorrow in about a hundred and thirty papers from East to West.  The story is essentially true, but we are keeping the mob connection out of it.  No sense in tempting somebody out in the boonies who happens to be a wise guy wannabe.”  He was hopeful.

“You think it will work?” asked Agent Richey.  “Will it make her come up out of her rabbit hole?”  She was still skeptical.

“I hope so.  Nothing else is working.  I’m just still concerned that we’re helping her husband in the process.  If he gets to her first….”

Markosi shook his head.  He was pessimistic.

“Yeah, the latest word is that Don Giani and Dominic are not on good terms over her disappearance,” said Agent Richey as she inspected the press release for typos even though it had been checked a dozen times.

“Ask me if I care,” said Paxton.  “I want her alive.  I know we can flip her on any number of things.  She may have been born into it, but I have a feeling that she wants out.”

Markosi looked up from the daily reports.  “What makes you think so?”

“She’s voted with her feet.  It would have been easier to just have her husband’s body dumped in the Poconos.  Unless, of course, she did kill the DEA agent,” said Paxton.

“After we find out who actually did kill the agent, I say let them all kill each other.” Agent Richey was not known as a big fan of due process.

“Ah, ‘tis a consummation devoutly to be wished,” added Markosi.

“Close enough. Let’s get the shiny pants to sign off on this one last time and then give the news weasels the word.  After that we just sit back and wait for the bolting bunny.” Paxton got to his feet and started the walk up five flights of stairs to the Regional Director’s office for the final go-ahead.

Richey thought to herself, What does he have against elevators?

Sitting in the Regional Director’s office was not Paxton’s idea of fun.  He felt that time there was time wasted.  Nobody ever brought down a bad guy while sitting in a thirty-fourth floor office explaining basic police procedure to a man, and more and more often, a woman, who had spent their career in the Bureau pushing paper and kissing ass.

“Explain to me again why we are using our resources to hunt down some middling mob soldier’s runaway wife?  It all seems like a waste of money and manpower.”

The current Regional Director had made his reputation by being able to look at bank records and sniff out embezzlers better than anybody else.  He was a self-described uber-accountant.  For the first twelve years of his career he had never had to draw his weapon. After that, as he moved up the management ladder, he stopped wearing his piece altogether.  The holster ruined the line on his suits.

“Tell me again, Agent Paxton, I’m just not clear on this and why we are planting a story with the media.”

“Well, sir,” began Paxton, trying to not let his contempt for his boss show, “Beverly Deltino is a prime suspect in the death of a DEA agent who had been planted in the Deltino home as a domestic, a cleaning lady.  Beverly Deltino also happens to be the daughter of Giani Montini, head of the Roncalli Crime Family in New York City.  Her husband, Dominic Deltino, works in a variety of roles within the Family.  He is brutal, stupid and has a big mouth.

“We’d tried getting their home wired, but they swept it every week.  After a lot of work the DEA was able to get someone inside.  We are sure that either Beverly or Dominic is responsible for the agent’s death.  That, in a nutshell, is why we want to apprehend Beverly Deltino.  She has disappeared, flown the coop, and we haven’t been able, so far, to find her.  She has gone to ground somewhere and, from what we have been able to learn, she may be hiding from her husband as well as us.

“The press release will, hopefully, spook her into climbing out of her hole and running.  She’ll have to come up for air eventually and we want to be there when she does.”

“Why would she be hiding from him?”  The Regional Director sipped at his latte.  He had his

“It appears that Dominic, the husband, has been skimming off the top of whatever he reports to his boss…”

“Hardly a surprise there,” interrupted the Regional Director.

“True, but it also appears that when his wife took off, she cleaned him out.  She took every penny he had.  He’s very broke, very angry, and—we’re sure—very nervous, hoping that his bosses don’t learn about his skimming.”

“So,” said the Regional Director, leaning back in his ergonomically correct chair. “We’re looking for her for the murder of the DEA agent and her husband is looking for her to get his money back?”

“The Family’s money, not his,” corrected Paxton.  “We imagine that an audit of all of his operations is going on and when they are sure that he has been skimming from them…well, let’s just say that Dominic will retire early.”

“To a shallow grave somewhere,” added Agent Richey with a smile.

“Let me get this straight,” said the Regional Director.  “We want to get this Dominic for the murder before his bosses kill him for ripping them off, and we want to get her for the same murder, but before her husband kills her because of the same money, right?”

“Yes, that’s right, sir, plus I think that if we can get to her first we might be able to turn the wife.  She grew up in that world and has to know who is who and what is what.  If we can turn her to our side we can learn a lot about the Family and its current structure. “

“Very well then, Agent Paxton,” said the Regional Director as he signed the authorization to release ordinarily confidential information to the press.  “Get your news story out and let’s see what happens.  It’s going to be a race, isn’t it, to see who dies first?” 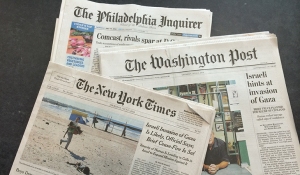