The Untied States Of America

IN THE MIDST OF ALL THE CHAOS and bitterness of the recent election season I came across one little item that, while not true, sounded plausible and not a bad idea.

Some clever Wag, I’m not sure if he or she is from the US or England, floated a big news story that Queen Elizabeth II had made a proposal.

With all of the pomp and circumstance of her royal altitude the Queen offered to take back the American colonies – thereby reinserting the colonies back into the British Empire and reinstating all of us as British Subjects. Who needs a President when you’ve got a Queen? It sounds like an idea worth considering.

Returning to the Empire would have some immediate positive effects.

Washington DC would instantly become a city without a purpose other than to serve as a refuge for runaway ex-politicians afraid to return home and have to find real jobs.

The overall quality of our Television Programming would improve with Graham Norton taking over the late night slot.

And best of all – everything else.

While I think that this idea deserves some serious consideration, there are a couple of questions that need to be answered.

When the Queen says that she will take back “The Colonies,” – is she talking about the whole shooting match over here – Maine to Malibu, or just the original 13 colonies that had gotten fussy back in the 1770s? Either way is fine with me. I’d just like to know so I can adjust my vacation plans if necessary. Will I need to get out my passport to visit family in the Carolinas or not?

If her offer is for the original 13 colonies only it is going to require some quick stepping on the part of the remaining states.

Let me be the first to propose that the new capitol of the LUSA (the Leftover United States of America) be our very own Terre Haute (That’s French for, “We’re more French than English anyway.”). We have plenty of restaurants to feed the tourists. Our hotels have plenty of rooms with free cable and Wi-Fi, and we already have a huge Federal Prison in case our reconstituted Congress gets out of line. At one time recently we had three Ex-Governors of Illinois incarcerated here – all spending their time doing laundry and wondering what went wrong. We also have a large number of sturdy Sycamore trees here – just in case.

However, this plan of the Queen’s would work out because I see it as a “Win – Win” situation for the Colonies – at least for a while.

I’m just afraid that once we’d return to a colonial status it would not be long before we would all turn into Uber-dependents, wanting to be coddled and fed by the Queen.

Scratch that – that’s pretty much where we are right now anyway.

I like the Queen’s fictional idea, but I know that it is just that – fictional. Liz is too old of a cat to be fooled by the kittens. She has been doing her Queen thing since the 1950s, and experience has taught her that you don’t buy a horse with three legs, a tapeworm, and that is afraid of its own shadow.

Oh, well, I think I’ll go out for lunch at one of Terre Haute’s many fine restaurants and think about the possibilities. 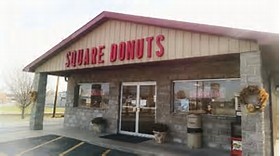