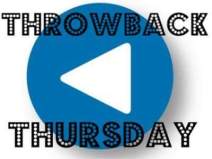 IT IS PART OF HUMAN NATURE to want to excel, to be the best, at whatever one attempts. That is why we keep records of achievement. Sports keep records of just about every facet of a game, important or not. This mania for record keeping is why there is such a thing as the Guinness Book of World Records.

Starting in 1955, the Guinness Book of World Records now keeps track of more than 6,000 records with 50,000 attempts annually to break into The Book.

This whole thing about the Guinness book was brought to my attention this morning when I saw an article in the local Terre Haute (That’s French for, “We drink wine, not Guinness.”) newspaper.

Just across the state line in Illinois is a small town called Casey. I will now bet that, when you read that last sentence, you pronounced the name of the town as “Casey” as in “Casey At The Bat,” or the late Casey Stengel.

For reasons known but to God and the folks who live in Casey, Illinois, the town prefers to pronounce the name of the municipality as “Kay-Zee.”

Personally, I could not care less if they want to say the name of the town sounding like they have been up drinking Guinness all night.

The City Fathers and Mothers of “Kay – Zee,” Illinois have been on a campaign to make their town a World Record Holder.

Not the holder of the Record for the Dumbest Pronunciation of a Town as would be my first guess. No.

Currently, Kay Zee is the holder of the record for having the World’s Largest Wind Chime. I’m sure that the challengers are lining up around the world.

The article in today’s newspaper brought me the news that Kay – Zee has done it again!

And no one can say that the folks in Kay – Zee are resting on their laurels. Plans are afoot to construct new items for the Guinness people to take note of: The World’s Largest Pitchfork, Wooden Clogs, Rocking Chair and, my favorite, Mailbox.

According to the creator of these items: “We were just trying to think of something that would energize the community and maybe bring some traffic through Casey.”

It beats the heck out of me how the World’s Largest Golf Tee would energize the community, but, then again, I suppose it couldn’t hurt.

As far as bringing traffic to town – that shows some promise, because my wife, the lovely and non-golfing, knitting or crocheting, Dawn, and I are planning an outing to Kay – Zee for the near future – on a slow day, when the cable is down and we have a power outage, and zombies are massing in the backyard.

Just so you don’t think I’m blowing smoke at you, I have included Kay – Zee’s Official pictures of these record-holding things. So get cracking and make your plans now – before the rush.

2 thoughts on “Throwback Thursday from October 2015”