Tony Ponti, one of Dominic’s numbers managers and a friend since their childhood on the streets, shrugged his shoulders and sat down.

“‘So far’ is right, you monkey.  I want her back here,” hissed Dominic and he pounded his fist on the table in frustration.  His coffee cup jumped and splashed a few drops onto the tabletop.

“Dominic, she’s got a pretty good head start on us–at least three days,” said Tony as he wiped up the spilled coffee.

“I already know that and I don’t care. Find her. She is humiliating me every day she’s out there.  She belongs here, with me.  Even her father agrees with me on that.”  He put down his pastry and pointed his sugar-smeared finger at his trusted underling.  “I am really pissed off about this. Find her!”  His voice got loud and the people seated nearby looked at them disapprovingly.

Dominic was sitting at “his” table in the All-Star Donut Village, sipping a large coffee and

picking his way through a maple and bacon pastry.  He was avoiding his usual haunts.  He was embarrassed.  His inherent insecurities convinced him that everybody was laughing at him.  Actually, he was right.  With each day that his wife stayed beyond his grasp, Dominic was getting closer to becoming the biggest source of laughter in town, among both his friends and his enemies.  Jokes about him and his dilemma were starting to circulate.

There would be hell to pay if Dominic ever heard someone tell that joke.

“You tracked her to Boston?”

“Yeah, we found what was left of her Lexus there.  It was stripped and chopped, but it was hers.  I checked the VIN number.  Used to be a nice car.  Nobody has seen her there though.”

Dominic took a bite of his pastry.  He was starting to grow a middle-aged spare tire and the maple bars weren’t helping.

“She don’t know nobody in Boston,” said Dominic.  Crumbs and bits of sugar glaze flew across the table.  “She has some relatives in Montreal.  Maybe she dumped the car in Boston and flew up to Montreal.  Start checking with our friends up there and with the airlines.  Has she used any credit cards?”

“No.  No activity at all.  I don’t know what she’s using for money,” answered Ponti.

Dominic leaned across the tables and whispered to his old friend.

“Keep this close.  She busted my safe and stole my stash.  She’s got money – a lot of it, about 600K.”  Tony Ponti let out a slow whistle and swore on his mother that he would carry that information to his grave.

By breakfast the next morning that little bit of news would be all over town, and so would the latest joke at Dominic’s expense.

“Question: Why did Dominic Deltino cross the road?  Answer: To see if his wife dropped any of his money on her way out of town.”

“I’ll start looking in Montreal,” offered Tony, “but she could be anywhere by now.”

“She’ll surface.  She’ll slip up or somebody will see her, and when she shows her head I’m going to give her a metal jacket migraine.  One shot right between her eyes.  I swear it.”

“What about her father, the Don?  He wouldn’t take kindly to you popping his daughter.”

“I don’t care anymore about what he likes or don’t like,” said Dominic.  “Screw him.  I already put the X on him.  After I do her, I’m going to do him too.  I’ll do to him what I did to those three clowns down in Philly – Boom…Boom…Boom.”  He pointed his finger like it was a gun, shooting his coffee cup.

“I’ll support you, Dominic, but, Jesus, be careful,” whispered Tony, shaking his head, dreading what might lay ahead for them both.

“Yeah, yeah, I know.  Get me another maple and bacon bar.” 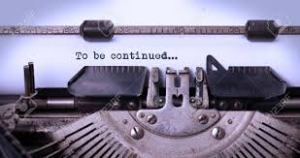