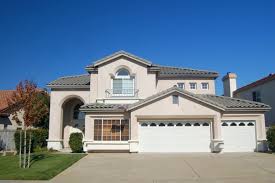 Beverly knew that Dominic would try to find her.  He couldn’t let his wife walk out on him. It just wasn’t done.  When he discovered the empty safe in the closet he would go berserk.  That was all the cash he had in the world.

To find her he would have to get help.  He wasn’t smart enough to do it on his own. But she also knew to whom he would go for that help.

She had grown up seeing these men make decisions every day about people’s lives.  As a

precocious child living inside a mob family she paid attention and heard about things other kids would never know existed.  She listened when the adults talked and learned how the real world worked.  She figured out what you could get away with and what you couldn’t.  Stealing from each other and/or trying to run out on the Family were not tolerated.  She was now doing both.

Sometimes people did try to run away.  They were never successful.  The runners became prey, trailed by the hunters who never gave up until they found their quarry and dealt with them.  She had heard the stories of what was done to the runners when they were eventually, inevitably, caught.  It was rarely quick and never painless.  The runner’s fate was meant to serve as an object lesson to others who were thinking that they might be the one to get away.

She knew they were fools.  She also hoped that, if they found her, it would be different.  Dominic wouldn’t want everyone to know that he had been cleaned out by a woman, his wife even.  One shot to the head from a .22.  He’d try to get the money back, but he wouldn’t want any talk about that since it was skimmed money.  Don Giani would be upset enough at losing his daughter.  There was no sense pissing him off too.

She knew what the hunters knew: that distance and money were a runner’s best friends.  Get as far away as you can, as fast as you can, and keep your head as low as you can.  Just disappear forever, and pray.  Pray harder than you have since your first confession.

Habit was the runner’s worst enemy.  If you liked horse racing, going to the track would be your downfall.  If you liked warm weather, deciding to hide out in Miami would get you killed.

Beverly knew that leaving Dominic was dangerous, but taking his cash was suicidal.

She pointed her Lexus up I-95 to Boston and found a travel agent and paid him in cash for two flights, one to Miami, another to Montreal.  He issued her a pair of boarding passes in her own name.

She then drove the car to a side street near Symphony Hall, left it unlocked, with the keys in the ignition.  She knew that it would be stolen within an hour and chopped up for parts before the weekend was over.  A short cab ride to the bus terminal and a half hour ride on a Boston commuter coach brought her to the quaint village of Plymouth.  She had done her homework.

She walked into Pilgrim Motors, a small used-car lot a block from the bus station, and paid cash for a five-year-old Hyundai Sonata.  An extra hundred dollar bill and the paperwork went into the shredder.

The airline boarding passes fell, torn to pieces, into a trash receptacle at a westbound rest stop on the Massachusetts Turnpike.

Within seven hours of walking out of her home on Patascat Circle, Beverly Deltino had started to erase herself and was on her way west, looking for a hole to hide in.  She would have a three-day head start on her husband.  She hoped it would be enough.

She stayed on the Interstate heading west and that night paid cash at the smallest “Mom and Pop” motel she could find.  Her plan was to register with a false name each night, and never leave her room.

On her second day out from Boston, in northern Indiana, just east of Chicago, she had to stop for gas and something to eat.  Just off the Interstate was a huge truck stop.  The parking lot was filled with semis hauling cargo coast to coast and dozens of cars heading who knows where.

Traveling across the country she had Dominic’s cash, a suitcase filled with top-label clothing, and a six-shot .38 caliber Charter Arms pistol that used to rest in the nightstand by the bed.  It was a small piece, often carried by police officers as a backup or off-duty weapon.  It would be useless if they found her.  In her case a slug would find her skull before she heard the report.  Neat. Clean.  No witnesses.  But old habits are hard to break.  She tucked the gun into her bag.

After filling the tank Beverly pulled the Hyundai into a parking space and walked across the lot trying to stay in the shadows.

The truck stop food was hot, plentiful and inexpensive.  Meat and potatoes in a variety of formats seemed to be the mainstay and the truckers and families were shoveling it in.

As she walked into the cafe, looking for an open table, thirty sets of eyes appraised and cast her in various sordid fantasies.  The long-haul truckers spent too much time alone and a good looking blonde, well dressed, and obviously alone, walking across the room made some of them forget their basic manners.  Several low whistles and other rude noises followed her.  Heads turned and watched her slide into a booth by the far wall.