Sitting in that booth I was face to face with Lech Ontario – one of the Greats – if you listened to him and I was going to have to to find out why my old friend and tutor, Hank O’Hare, was looking for him.

“Tell me, Ontario, why is Hank so anxious to find you? Did you stiff him on a debt, did you cheat him at cards, or did you try to steal his woman?”

When I said that the dockside doxie sitting next to him spoke up.

“You better not be two-timing me, Lechie Baby, or I’ll make you very un-Lechie. If you catch my drift?”

That gal had a way with words. I touched the brim of my imported Fedora and started to introduce myself. She cut me off, but not in the way she’d threatened to with her “Lechie Baby.”

“I know who you are, Henway. My name is Daisy Cutter. I’m Lechie’s moll – and I am also this year’s ‘Miss Straight Razor – Emeritus,’ if you catch my drift.”

Ontario looked at me and gave a tiny shrug. “She comes in handy when there’s a birthday cake

When Wilma saw me tip my hat to the moll she rushed over with a piece of German Chocolate Cake and more hot coffee.

“The coffee is hot, Henway. Don’t get burned.” She could be so subtle.

I asked Ontario once again why he thought Hank O’Hare was looking for him.

“OK, Henway, I’ll lay it out straight for you. Your old pal, Hank, and I go way back. In fact, we grew up together in the neighborhood out by the Cow Palace – and that was where things went bad between us.” 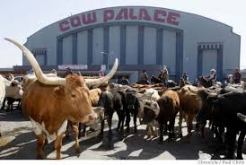 “At the Cow Palace.”

“Many a heart has been broken there. When the circus comes to town the clowns might be laughing, but nobody sees the tears of the guys following the elephants.”

“Hank and I had both been bitten by the Show Biz Bug and we both had dreams of someday making it to the Big Time – Hollywood.”

Ontario slammed his fist on the table. “Dang it, Daisy, quit repeating what I say like that. It’s really annoying.”

“Really, Lechie? I’m just trying to be a Greek Chorus for you while you lay out the exposition of

“Sheesh, a girl tries to help her fella and all she gets is loudly rebuffed, and in public too. What’s Henway suppose to think about us?”

I was not going to step into that bear trap.

I looked back at Wilma who was scowling in our direction. She was twirling her braids like two brown Black Mambas.

“Keep it down back there, Blondie or I’ll toss you and your Dagwood into the Bay. I run a respectable dive here?”

Wilma could do it. I’ve seen her toss rowdy longshoremen out of the door like they were a bunch of tattooed Ken dolls. I loved her for that. 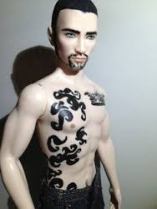 “Trust me, Daisy, you may be my moll, but if Wilma comes for you, you are on your own. And I’ll always remember you fondly, but I ain’t gonna mix it up with her. Now – if I may continue.”

“Please do,” I told him. Daisy sulked in her corner of the booth, shooting a funky Forest Whitaker eye in Wilma’s direction.

“As I was saying, before I was so loudly interrupted, it was at the Cow Palace. Hank and I worked there. We were just kids with stars in our eyes – and then the circus moved out and the big Rodeo came to town. And that’s when “Bessie” entered the picture.”

“Bessie. She was beautiful. Her eyes made both of us melt.”

“Shut up, Daisy. Bessie was no bimbo.” 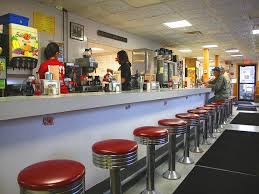 One thought on “Fiction Saturday – The Henway Chronicles – Part Four”