Late at night, when the Innocents in The City were asleep in their beds, the Not-So-Innocents were busy about their monkey business. The darkened streets were a hunting ground where the unwary became prey for the waiting shadows. Places of safety were few and far between, but a light shining through the fog promised refuge and maybe a Hot Roast Beef Sandwich, au jus – “just the way you like it.”

The lights from Wilma’s All-Nite Café robbed the shadows from her part of The Embarcadero.

Her place was Neutral Ground – Switzerland with a menu. The Hoods, The Mugs, and The Ginger Jakes left their gripes at the door. Inside of Wilma’s there was no danger – except, maybe, for the “Catch of the Day.” It was never clear which “Day” she was talking about.

It was about 3 in the AM and half the stools held some very bad backsides. Behind the counter Wilma ran the show and kept order. Anyone who brought their business inside would soon find themselves being given the Bum’s Rush by Wilma’s spatula. Being tossed by Wilma also meant that if you wanted a cup of Joe you’d have to find another place to get it. If there was going to be any nonsense inside Wilma’s All-Nite Café it was going to come from Wilma herself.

Wilma’s was busy every night, but she always made time for me because I was her man.

I first met Wilma on a night when the fog was thicker than a Big-Ten Lineman. It was a night just made for murder and mayhem and I needed some coffee.

Walking into Wilma’s that first night as a rookie detective was a real eye-opener. Looking at her customers was like seeing the wall at the Post Office come to life. I didn’t know whether to run for the door or go straight to the “Gents.” I decided to stay. I took a stool and then I saw Wilma.

When she saw me she came running from the other end of the counter – long, loping strides. Her hair was styled in two large, hemp-like, braids that bounced beside her face like a ram’s horns – only with a pink ribbon bow on each braid.

“Hello, Cutie Patootie. Welcome to Wilma’s. I’m Wilma, and who are you, aside from my newest customer that is. I know that much and that you’re wearing an imported fedora.”

I just sat there. I think my mouth was hanging open like the bottom half of a Dutch Door.

“Okay, here’s a menu. Look it over and I’ll come back, but don’t believe everything you read on page two. We no longer serve the ‘Weiners and Beans Spectacular’ – customers began to complain and it was putting a strain on the air conditioning.”

When she came back I was trying not to shake. I was a tough trainee detective, but she made me feel like the new kid in town on the first day of school.

“Well, what’ll it be, ‘Honey Bunny’? Personally, I’d suggest you start slow – coffee and a piece of German Chocolate Cake. I have one slice left, but you have to tell me your name first.”

“My name’s Henway. I’m a dick, a detective, a Private Eye, er, Investigator. I’m new at it. This is my second day. I just got hired and -” She cut me off.

“Okay, Henway, I just asked for your name. I don’t need your life story. I probably wouldn’t 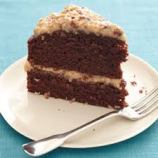 believe half of it anyway. Coffee and cake coming up.” She trotted away, braids bouncing.

I was in love.

Ours was to be a Great Love. I knew that deep in my heart and I also knew that I was going to have to learn to like German Chocolate Cake and overcome my allergy to coconut.

Day after day, night after night – rubbing haunches with the enemy, just so I could look into Wilma’s two too wide set blue eyes.

Tonight I was sharing a booth with one of them – Lech Ontario. 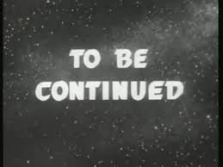 One thought on “Fiction Saturday – The Henway Chronicles – Continued”