Wilma Van der Sluice served the best German Chocolate Cake this side of the cafeteria at the Mortuary College. When she set down her last slice in front of me both my eyes and mouth began to water.

“Yeah, you like it? It’s called ‘Evening in Newark.’” She waved her two too massive braids my way. My glasses began to fog up.

“Well, enjoy your cake while your ‘Little Gum Drop’ here takes care of those customers in the booth by the Wurlitzer. I’ll be right back to help you lick the plate.” I knew she meant that. It 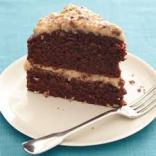 bothered some customers, but Love is Love.

Between bites my mind was working overtime. I was thinking about Hank and his elusive “Houdini” – Lech Ontario. I knew that name. I had heard it somewhere before. It was on the tip of my brain.

“I’m back, and I’m all yours, Tiger Lips.” If there was one thing you could say about Wilma it was that she made a great German Chocolate Cake, a mediocre Fish and Chips, and one Private Detective happy and mildly stressed out at times. How does a man live up to being called, “Tiger Lips?”

“You look like you’re deep in thought, Sweetums. Can I help you dig your way out?”

“Well, Wilma, I’ve been thinking about Hank and the guy he’s trying to find. Ever hear of someone called Lech Ontario?”

“Ontario? Sure, he comes in here all the time – about six feet tall, much shorter sitting down, so the six feet is a guess. He has brown eyes, two of them, and he always asks for ‘Surf and Turf’ with…”

“I can imagine. But, about Lech Ontario – when’s the last time he came in here?”

“Oh, it must be 30, 45 minutes ago. That’s him sitting back there by the Wurlitzer, snuggling up to the blonde with the overbite and the pot pie.”

I spun around on my stool and eyeballed the duo. “So, that’s Lech Ontario? Hank must not have seen him,” I said.

“Hank had his eyes glued to the blonde. He may be old, but he ain’t dead,” said Wilma. “Plus he left his bifocals here on the counter.” Wilma held up Hank’s cheaters. “He forgets them every time he comes in. He’ll come back for them tomorrow when he can’t read The Racing Form.”

It was starting to come back to me. Lech Ontario – a would-be Arch-Villain who could never

quite think big enough to earn the headlines he craved. Several years before he had perpetrated a Reign of Bother on The City – by taking a pen to all the menus in town and filling in the “Os” with smiley faces. He was caught, convicted and served his sentence of 60 days of picking up littler on the Interstate.

“Are you Lech Ontario?” I asked him as I slid into the seat across from him. He nodded and mumbled something. Crumbs flew from his lips. I picked up a napkin and cleaned my glasses. The Blonde giggled.

“You’re a Dick – just like your old friend Hank,” muttered Ontario. “I hear he’s been looking for me, but not too well. He walked right past me a while ago.”

It was true that Hank’s eyes weren’t too sharp any more. I’d heard that the last time he tried to go to an Optometrist; he went to an Optimist Club meeting by mistake. He was half blind,

nearly deaf as a post, drank too much, had blackouts, and the reflexes of a corpse – at least he was still able to drive.

“Yeah,” I said to Ontario, “Maybe so, but I gave him your address from the phone book. He’ll probably be in your driveway waiting for you when you get home.”

Ontario started laughing. He reminded me of Elmer Fudd – except for the hat and the gun.

“Let him sit there, Henway. I moved out of that dump a month ago. An Optometrist lives there now.”

It could have been worse I suppose. 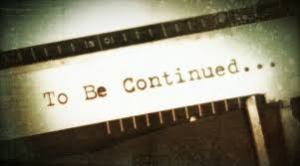