No Matter Where You go, There You Are

NO MATTER WHERE YOU GO – THERE YOU ARE.

And things are different wherever you go. Not “better” or “worse,” just different. That is true wherever you are. Everything “at home” is what you are used to, and whether you go to spend the day with your next door neighbor, or cross the ocean to…let’s say, Ireland, for example.

Spending close to two months here is giving us time to discover a number of these differences. Some of these I wish we could have back in Terre Haute (That’s French for, “I miss Dawn and John. They made me laugh.”). Some I will be glad to leave behind when we get home.

The first difference I noticed is in the language, both the accent and the use of words. One of the big ones is the short phrase, “Feckin’ Eejit.” If I were to use the American pronunciation of that I might find myself in a fistfight. I don’t do those well. In Ireland it is still an insult, but a much softer one, less likely to end up in a brawl. I’ve heard it used on TV and by a priest in a sitcom. It is closer to the American, “Ya big dummy.”

I’m not sure whether that should come home with us. Probably not.

One Irish thing I would really like to see in Terre Haute is the bread. At each

of our destinations we were welcomed with a fresh loaf of homemade bread. I have NEVER had bread that good. It actually has flavor and texture as opposed to the soft and gummy stuff called “bread” on American store shelves. We’ve also bought bread off the shelves in Ireland and it is really bread. We need that back home.

With another definition of bread in mind, there is a major difference in The Money.

British Pound that is still used in Northern Ireland. The paper money begins with the Five Euro bill. Below that there are One and Two Euro coins. The government has announced that they will be phasing out the penny coin because – well, it costs more to make than it’s worth. Stores have started “Rounding up” prices. I guess it makes cent sense. 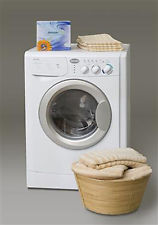 Without a doubt I would keep American Washers and Dryers. In Ireland we had to deal with Washer/Dryer Combo Machines. We find no positive aspects of these monsters.

Example: First – they are quite small which means that unless you wear the same clothes for a week, you will be doing laundry almost constantly. Second and most egregious – To wash one small load on the “Fast Wash” setting takes about an hour and twenty minutes. Oh, you want to have them dried too? Forget it and start hanging things in the bathroom.

The dish washer will rock and roll in your kitchen for two hours and thirty-five minutes. Fuggeddaboudit! 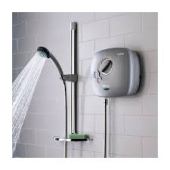 I do, however, love “Power Showers.” These assure you that you will always have hot water in the shower no matter how many times the toilet gets flushed. Ahhh, hot water.

The only way I can describe how they work is to ask you to remember those old little immersion coils you could put in your cup to heat water for instant soups or instant coffee or tea. Imagine a larger version with you as the tea bag.

I could go on and on with details about the differences, but instead I will just use a short list.

On/Off Switches on each outlet: Good, but take getting used to.

Driving on the left side of the road: Terrifying at first, then, no big deal.

It is raining outside this morning, but we are inside with a pot of tea, and working on our various tasks. You can’t call me a “Feckin’ Eejit.”

One thought on “No Matter Where You go, There You Are”