HERE WE ARE AT THE END OF THE YEAR. In many ways it has been a good year, but in other ways it has been, to quote Queen Elizabeth – an “Annus Horribilis.” That’s what she said.

I take it to mean a horrible year. Of course, my skills in Latin are limited to what I recall from my eight years at St. Marys Catholic Grade School – and that translates to, “Sit up straight, be quiet, and get a good education.”

In homage to the Little Sisters of the Right Cross I will give this year, 2015, its very own Report card.

I’ll play the part of Father Kramer who would come into our classroom to hand deliver the cards.

MATH __ D-  “It looks like you aren’t listening. You can’t keep spending more than you have. Your numbers just don’t add up. You’ll end up having to skip lunch.”

READING __ C  “That shows improvement, among the girls of the world in particular, but try to do better than those Zombie stories. Read a book without pictures for a change.”

ENGLISH __ B  “You’re doing fine – except for your continued use of “Yo” as both as a Proper Noun, an interjection, as well as a  way to avoid thinking. You get me, bro? And let’s not even talk about other languages”

RELIGION __ F  “2015 –you suck at this. You have a number of choices, but there is no need to beat yourself up over it. A lot of people are very upset over this.

P.E. __ C  “This is confusing. The better you do in some areas the worse you do in others. The poor have serious health issues, yet when people prosper, they get out of shape and become ill with other problems. We all need to find a healthy middle ground.

“It says here that you don’t ‘Work and Play well with others.’ I’d call that an understatement. 2015, you need to have your backside tanned, but I’ll leave that to Sister Mary Butch.”

“Your Personal Hygiene is hit and miss. It’s getting better in some remote areas, but in some places, like China and Japan, overcrowding is getting dangerous. Work on it. Clean up after yourself.”

Giving the year a report card is not easy because so much has happened that has been horrific, but, on the flip side, there have been many glorious and uplifting things that give me hope for 2016.

Despite the headlines, I believe that there are more good people in the world than bad – more people who work to help those in need, than those who try to take unfair advantage.

That doesn’t mean that I never feel down. There are days when I look around and all I see are dark clouds, but I know that the sun is still shining above those clouds.

Give up? After all the time and effort I’ve put into getting this old?

Not on your life. 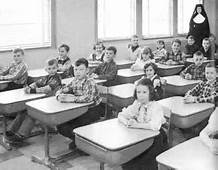