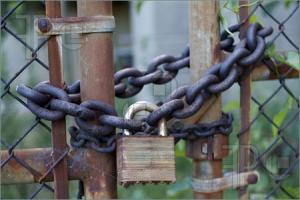 After listening to Mrs. Sweet finally open up and tell me what was going on with the bakery, her husband, the creep Dinwiddie, and the Police, I figured my best bet was to see if I could find the husband on my own. Talking to the Chief could wait. If I could snatch Sweet, then Dinwiddie’s whole scheme might fall apart and the Chief would be irrelevant.

I put the phone back on the cradle and grabbed my hat.

This was going to require some thought and I do my best thinking sitting on the corner barstool at “Charlie’s,” just down the block. A couple of Depth Charges can loosen up your thinking.

If I was going to grab the missing Mr. Sweet I needed to know only one thing – where did Dinwiddie have him stashed?

Three hours and two more Depth Charges later I had eliminated about thirty seven possible hiding places and about a quart and a half of used beer. This isn’t that big of a town. He had to be somewhere close by – someplace Dinwiddie could get to quickly if he felt the need to slap his guest around again.

The best place to hide something is in plain sight. He had to have Sweet holed up somewhere inside that sugar coated steel mill of a bakery. He could hide the Chicago Bears in there. I’d need a shower and some black coffee to sober up before I could try to sneak past the guard at the bakery gate again. I had just wasted three hours and four D.C.s.

The sun was down by the time I got out there. Driving past I could see that the single old guy at the gate had been replaced by two guards who were younger and looked as if they could break me in half like a stale breadstick. Quick change of plans – find another way in.

I parked my car a few blocks away and walked around the outside fence of the joint. I found another gate, used for big trucks making deliveries. I was able to push the gate open enough to squeeze through. I was in. Now all I had to do was find Sweet and sneak back out. I hoped he was skinny because I barely made it through the gap in the fence.

I moved from shadow to shadow toward the main building. The place was busy twenty-four hours a day cranking out cakes, pies and more cookies than a Busby Berkeley movie.

When I got to the loading docks it was a snap getting inside the building. Nobody was expecting anything at that hour, least of all me.

Along one side of the building, up a flight of steel stairs, there was a series of offices with big windows looking out over the production line. All of them had their doors open and windows open – except one. One office had the door closed and Venetian blinds hanging down.

A moving conveyor belt, filled with cookies, kept about six people busy adding sprinkles. I could have walked by them waving sparklers and they wouldn’t have noticed me.

I took the stairs two at a time. I expected the office door to be locked. It wasn’t. With the blinds down it was dark inside, but I resisted the urge to hit the light switch. No sense pushing my luck. The room stunk to high heaven. Not wanting to step into anything, I struck a match and cupped it in my hand.

What I saw in the corner used to be a nice looking guy. Now he looked like an abused punching bag. But he was alive. Tied to a chair and barely breathing, he used to fit the description of Mr. Sweet.

He stirred and tried to lift his head. He must have heard me, but with those two swollen eyes it was a sure bet he didn’t see me.

“Mr. Sweet, do you think you can walk? He grunted, but I couldn’t tell if that meant “yes” or “no.” It would have to be “yes” if we were going to get out of there.

I untied him and had to half lift him out of the chair. This was not going to be easy.

And then somebody turned on all the lights. 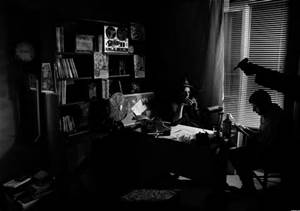