I Know I Complain A Lot 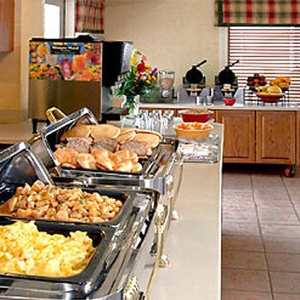 I’M WELL AWARE THAT I COMPLAIN A LOT. I don’t like to complain all the time, but I think that I only complain about those things that fail to rise to even my modest standards. I’m really not all that picky about most things.

I do subscribe to something put forth by Voltaire many years ago.

“The most important decision you will ever make is to be in a good mood.”

I can’t argue with that. If it was shorter I’d get it on a T-shirt. If I was forty years younger I’d probably have it tattooed on my youthful six pack abs. But it’s not and I’m not, so I’ll just have to remember it.

Of course, there are unimplied caveats in that adage. Anyone who is in a good mood all the time has either forfeited any sense of self-worth or made an unofficial connection for some really powerful anti-depressants. I have done neither – ergo: I complain about things that I deem to be deserving of complaint. Like –

The “Complimentary Breakfast” at most motels. If you expect something edible you may be disappointed at what you will find. The big hotels don’t even offer such a “perk” and the “Mom & Pop” motels just stop at the Piggly-Wiggly on the way in and get some Danish and OJ. That is probably your best bet when it comes to the feeding time in the lobby.

The bigger “Chain Motels” make it sound like a big deal – a “Complimentary Hot Breakfast from 6 – 9:30 AM.” All of them have the same menu: Scrambled eggs, link sausage, and some version of hash browns make up the “Hot” part of it. Oh, I suppose you could count the motels that also offer Biscuits and Gravy (A very Midwestern item) or Oatmeal.

Last week we stayed for one night at a Chain Motel that will remain unnamed and when I woke up the next morning (Thank you, God) I stumbled down to the lobby seeking hot coffee and maybe a nibble or two. They had the above selections available so, against my better dietary judgment, I picked up a Styrofoam plate and went down the line. It was about 7:15 AM.

I skipped the biscuits and gravy – I do that everywhere. I took a spoonful of eggs, a few links and a tong full of what really didn’t look like anything potato-ish, but was labeled as such.

It was still early, but EVERYTHING was cold. Not like it had cooled off waiting for me, but COLD like it had been taken from the fridge and put directly into the serving trays. I don’t think that I’m being picky when I expect the touted “HOT Breakfast” be served at a figure above body temperature.

I went back and took another look at the oatmeal and realized that any leftovers could be used to patch the cracks in the parking lot pavement.

Why didn’t I bring this to the attention of the Front Desk, I hear you say? Who do you think put the “Hot Breakfast” together? It wasn’t Wolfgang Puck.

In the end I had a second cup of coffee and went back to our room with two biscuits for my boy and a sealed cup of Frosted Flakes for my wife (the lovely and food safety conscious, Dawn).

I had been hungry when I went to the lobby, but that disappeared when my lower intestine cried out for mercy.

So, you see, if I’m complaining about something it is because I think that I deserve better than what has been presented, be it food, service, or attitude.

Things like the “Complimentary Hot Breakfasts” are a disgrace to the concept of breakfast and they certainly aren’t “complimentary” – any more than the “Transportation Safety Administration” has ever made anything safer.

I bet Voltaire never stayed at one of these motels and tried to get something for breakfast.