WHEN I WAS A KID, back when dinosaurs roamed the ear 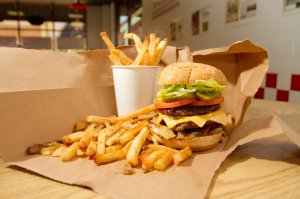 th, there weren’t that many things that depended on batteries. Cars, of course, but after that it was down to transistor radios (under 30s – look it up), and some toys.

But, Wow – have things changed. I looked around and so many things that we use every day rely on batteries for power. Our computers and telephones, smoke alarms, remote controls for the TV (In our house I was the remote control for the TV.), car door openers, wristwatches and clocks. When is the last time you bought a watch or clock that you actually had to manually wind to make it work?

There are people whose very lives depend on batteries – all those folks with Pacemakers controlling their heart. And those Defibrillators we see hanging on walls in stores and offices too.

This whole topic came to mind the other day when my wife, the lovely and thoroughly modern, Dawn, said that we needed to go to “The Battery Store.”

The battery in her cellular phone was a couple of years old and not holding a charge well any longer. And she needed a new battery for the watch that she uses in the pulpit to time her Sunday sermons. (For newbies, Dawn is a full-time Minister – and a darned good one too!)

The “Battery Store” we were headed to is on Terre Haute’s (That’s French for, “Does that use AA or AAA?”)  South side about ten minutes away. They advertise that they have the right battery for just about anything – and light bulbs now too. We’ll just see about that.

On the way there in the car we discussed the ubiquitous nature of batteries and how we rely on them for so much. As we pulled into a convenient gimp spot I told her, “I wonder if they change Pacemaker batteries in there. If we walk in and there’s a guy taking off his shirt – I’m leaving.”

There wasn’t, and Dawn was able to get a new battery for both her phone and her watch. The guy behind the counter installed them both. Nobody will install a watch battery for you anymore. I went into Wal-Mart to get a watch battery and when I asked them if they would install it they told me to take a hike.

From now on it’s the guy at the “Battery Store” for me.

It seems like the founder of the “Battery Store” saw a niche and he has filled it. Ours is one of a nationwide chain of “Battery Stores.” I hope they do well.

After getting the batteries we decided, since we were in the area, to visit the new Five Guys burger joint. I loooooove Five Guys.

The first time we were in one was up in Minnesota a few years ago and after a number of pleading emails to their corporate HQ, they have opened one here. This store just opened a couple of weeks ago and in Terre Haute, when a new restaurant opens, the people flock to it like it was the only place to get food in town.

It was busy, but things moved along quickly.

If you ever get the chance to visit a Five Guys I urge you to do so – unless you don’t eat meat – or fries – or just about anything else your doctor says you should avoid.  They do offer a “veggie” burger, but let’s be honest – that would be like kissing your sister.

Get a burger and fries! You can get upwards of twenty different things to dress up the burger and the order of fries will do the trick for you, the person with you and half of the front line of the Indianapolis Colts.

If you leave Five Guys hungry then you are either fibbing or dealing with a tapeworm.

Dang, it’s not even 2:30 in the afternoon and I’m making myself hungry.