The Truth of Resurrection 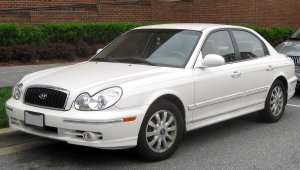 Here we are at Eastertide once again – a time with significance on several levels for many people.

It is a major Christian Holiday and Holy Day. It is a harbinger of Spring and the renewal of the Cycle of Life. Plants are budding, little baby critters are being born, baseball is gearing up.

None of that has anything to do with what I’m writing about today.

This past December we bade farewell to our 12 year-old Hyundai (named Cromwell by my wife) and welcomed a Toyota into our lives. The Hyundai had served us well for 125K miles. It was even looking really good up until a few months before the end. It picked up a large dent in the driver’s side back by the gas cap, courtesy on an unknown knucklehead in a parking garage in Indianapolis. I wasn’t going to tell the insurance company about it and I wasn’t about to spend a lot of money to get it fixed. If I did either of those things it was going to cost me and at the end we would still have a 12 year-old Hyundai.

With the help of a friend from church, who is also a salesman for the local Toyota dealership, we traded in the Hyundai for a 2013 Toyota Corolla.

I got a call from our friend the next day telling us that, upon further inspection, they had determined that the structural frame of the Hyundai was so rusted that it was unsafe to drive and was going to be sold as scrap.

So it goes. The Hyundai was going to go to that Big Scrapyard in the Sky. Who knows, perhaps he would end up being shipped back to Korea and be resurrected as a brand new car. The End – close the book on Cromwell.

Not so fast, Mi Amigo (I don’t know how to say “My Friend” in Korean).

A couple of weeks ago as I was kneeling in the Chapel at St. Arbucks I looked out the window and there was Cromwell going through the parking lot. There was no doubt that it was Cromwell – the big dent was still there in the side. At least it had been washed. It had been resurrected.

The next day my wife, the Awesome Reverend Dawn, spotted the Hyundai up on the north side of town. She followed the car for about ten minutes until any further shadowing would have become too obvious (like pulling into their driveway behind them). Somehow this car that had been called too rusted to survive, and was declared as unsafe to drive, was now tooling around Terre Haute (That’s French for “It’s Alive! It’s Alive!).

All I can think is that a miracle has occurred, that Cromwell has been resurrected and lives again! It is doing well. I saw it in the parking lot at the Dairy Queen the other day. He looked happy, even with the dent. Of course, it has been my contention that Hyundai Sonatas of that vintage always had a happy look on their grillwork.

Meanwhile, the Toyota has been Christened. It will henceforth be known as “James Henry” (Don’t ask. It’s a long story.).

So now, in the season of Springtime, with flowers blooming, birdies hatching, and double plays being turned, we acknowledge the miracles and celebrate it all.